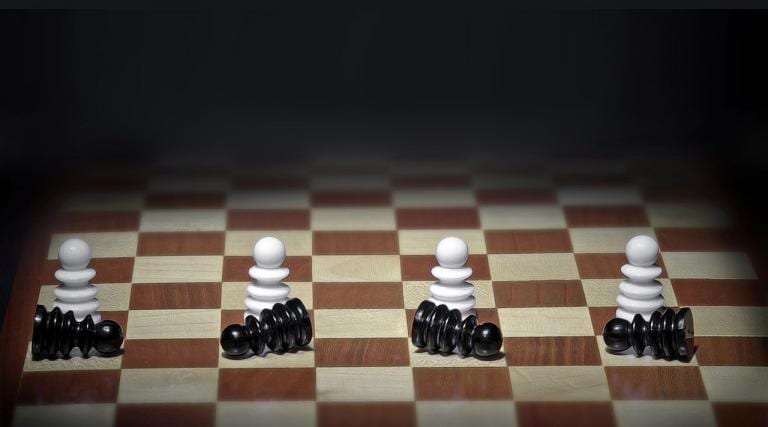 Since the killing of George Floyd in May, the country has been held hostage with mostly scripted “conversations” about racism. Some unscripted conversations have been constructive; the predictable ones have not.

Constructive conversations about racism acknowledge that though bigotry still exists, racial discrimination – particularly against blacks – has been incontestably diminished since segregation ended roughly 60 years ago. If and when these productive conversations happen in the church, with any luck, it’s with the understanding that racism and subsequent discrimination are the result of sin and addressed with Christian theology, not the doctrine and dogma of sociology.

For the anointed, systemic racism seeks to maintain “white supremacy” and is self-evident for true believers. People who engage in these sorts of conversations persistently look for confirmation of racism’s tenacity, whether in the church or not. And if one diligently looks for racism long enough, one will find it.

Writing on Patheos, Jackson Wu suggests that racism has been found – and is rooted in the idea of individualism. He says,

Individualism is a key value in American white culture…American lore teaches children to “go it alone,” rebel against “the system,” and determine their own future without accepting handouts from others. Emphasis is laid on individual rights and responsibility.

One’s differences dictate a person’s identity more than what they share in common with others. In short, Americans (especially white Americans) tend to see themselves apart from social groups.

Who knew that teaching people to reject dependency and to do what is possible to control their destinies is a value of “American white culture”?

How is individualism unambiguously related to race and racism? Wu, citing Robin DiAngelo’s essay, “Why Can’t We All Just Be Individuals?” says,

[T]he Discourse of Individualism, rather than ameliorating racism, actually functions to obscure and maintain racism’s manifestation in our lives…The Discourse of Individualism is a specific set of ideas, words, symbols, and metaphors –– a storyline or narrative–– that creates, communicates, reproduces, and reinforces the concept that each of us is unique individuals and that our group memberships, such as race, class, or gender, are not important or relevant to our opportunities (emphasis his).

Continuing in his own words, Wu says,

In many of the ongoing discussions about race, people talk past each other because they conceive of identity in different ways. For those in America’s white culture, individualism grounds how they assess the problem of racism.

However, a collectivist mindset informs the arguments of many people in marginalized groups. In other words, non-whites understand better than whites that we all are (and have been) members of various social groups. These communities and subcultures have shaped how we see the world and contribute to our success and failures…

To demonstrate how pervasive the idea of racial individualism is, look at the picture below. It is on the National Museum of African American History & Culture website. It’s accompanied by a video from the United Methodist Church General Commission on Religion and Race (GCoRR) featuring Robin DiAngelo, the author of White Fragility, discussing the deconstruction of white privilege. This methodology is essential for those who advocate anti-Christian doctrines of critical race theory and anti-racism.

Though America has its strain of individualism, it’s not unique to America; it’s a trait of Western civilization. That characteristic was essential to the country’s foundational documents, including the prosperity and eventual freedom it has afforded its citizens, including innumerable beneficiaries worldwide. Thank God for that.

Prioritizing self-sufficiency and self-determination doesn’t mean an outright refusal or rejection of help along the way. It is a way to prepare people against the contingency of support. The possibility always exists that help may not come and, if so, may not be enough. Developing the tools and values associated with individualism creates a sense of resourcefulness and fortitude to succeed at the tasks that one aspires.

Immediately following the civil rights era, black leaders encouraged American blacks to display self-determinism rather than waiting for and depending on interventionism. In doing so, blacks would prove to the country a semblance of equal ability.

In our contemporary context, some blacks still argue for self-determination and self-sufficiency – individualism – as guardians against excessive reliance on others or the government. These qualities augment human dignity–instead of being ill-equipped and suffering dependency, which sabotages self-esteem. Does condemning individualism as an extension of whiteness and “racism” apply to blacks when they vouch for independence? Or is it reserved only for white people?

We all conceive of identities in various ways – it’s one of the blessings of being human.

But Wu’s contention that people choose the sin of white individualism – at the expense of group identity – is wrong and goes against reality.

Individualism and group identity are both/and not either. People frequently include group membership as part of their identities by joining multiple cultural institutions. Many people acknowledge their group identity as Christians – members of their local churches but also members of the multinational family of God. Others see themselves as progressives, conservatives, servicemen and women; Muslims, atheists, Freemasons, activists– even anti-racists and critical race theorists.

Wu selectively condemns white Americans for not collectively self-identifying as “white,” therefore rejecting the secular trinitarian mindset of race, gender, and class that sees racism – and its eradication – as systemic or institutional.

If individualism is a form of racism, consciously collectivizing as “white” is racism, too.

Racially collectivizing would extend the sin and guilt of their cultural forebearers to white Americans. Blame is cast for actively attempting to re-institute the ghost of white supremacy by re-victimizing blacks.

Both individualism and willful corporate identity appear to be losing propositions for white Americans – they’re “racist” either way.

I support constructive Christian conversations on effectively mitigating the vestiges of racism, and churches should lead the way. But Wu’s position is neither productive nor Christian.