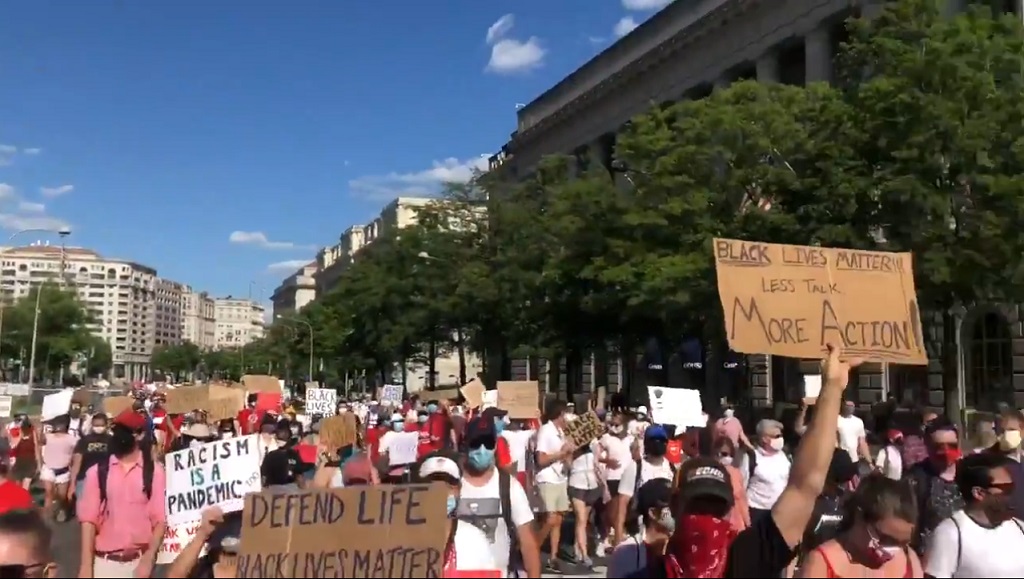 It’s been more than a week since a viral video showed former Minneapolis police officer Derek Chauvin with his knee on the neck of George Floyd, apparently suffocating him to death. Rightly so, Chauvin was fired – as were three other officers who were with Chauvin as he brutally restrained Floyd as the Minneapolis resident begged for air until losing consciousness.

Chauvin has since been charged with second-degree murder and remains in prison after his recent court appearance. Additionally, the three former officers with him – Tou Thao, Thomas Lane, and J. Alexander Keung – have been charged with aiding and abetting second-degree murder. They, too, are in custody awaiting their hearings. Rightly so, the D.O.J. and the F.B.I. said both would investigate to consider if civil rights laws were violated during Floyd’s death.

This episode of police brutality seemed to be unique to other cases. It appeared to be the one case where people across the political spectrum agreed that the arresting officer had gone much too far – deserving arrest and charge for his behavior.

The near unanimity, the firing and arrests of the officers involved, and the initial charge of third-degree murder brought against Chauvin weren’t enough to prevent protests calling for justice. Starting in Minneapolis, the anger was infectious. “Peaceful demonstrations” quickly turned into mass protests, riots, and looting – spreading to more than forty cities across the country, causing most to issue curfews in feeble attempts to suppress violence.

One reason for rationalized violence and vandalism is the idea that policing is inherently racist. Against evidence to the contrary (here, here, here, here, here, and here), people who justify violence have convinced themselves that America remains institutionally racist against blacks and other minorities. These people believe racially discriminatory policing is part of our “racist” criminal justice system, which reflects the country as a whole.

More specifically, for this set of people, Chauvin represents America, whereas Floyd is symbolic of both historical and contemporary situations of American blacks.

Can we honestly say that what happened in Minneapolis reflects America? Does Floyd’s death morally indict America as racist against blacks? Can we responsibly move beyond this tragedy to heal the ties that bind the American experiment?

It depends on whom you ask.

There are certainly enough people who think that a (systemic) racial status quo, vis-à-vis blacks, exists. That is why we’ve seen the groveling, sanctimonious apologies, the condescending racial deference shown to blacks, and the exaggerated and cynical attention-seeking support of the Movement for Black Lives by individuals and businesses – on social media and in non-violent marches in various cities.

However, after sifting through the performative acts of repentance by Christians and non-Christians alike, who are guilty of practicing their (self) righteousness before others, it should be evident that what happened in Minneapolis doesn’t define America, nor is it reflective of the country as a whole.

People should be able to soberly but cautiously acknowledge that racism in some form still exists. The sad reality is that racism will continue to exist on this side of eternity. It’s a theological problem – a consequence of sin, falling short of God’s glory, and because the created order has yet to be fully redeemed.

That said, people make a tremendous mistake by assigning more power to this evil by claiming its presence and influence are ubiquitous.

Racism exists, but to argue that this evil is omnipotent and omnipresent – therefore, systemic – is dishonest. This dishonesty compromises human dignity by creating a sense of hopelessness in people, preventing them from overcoming life’s circumstances. To deprive people of optimism is to disempower them. Disempowering people creates a sense of victimization. Victimization fosters entitlement. Feelings of helplessness and discouragement are attributed to this evil, making it appear larger and more prominent than it is.

The effect is that people decreasingly see isolated incidents of racism as obstacles that can be overcome and instead see them as an overwhelmingly connected pattern.

That’s where we are now. More and more people believe that America is intrinsically and institutionally racist. Some are not convinced but only say so publicly as acts of self-preservation, lest they be persecuted and condemned as racists or, if black, racial sellouts.

Floyd’s death, as tragic and preventable as it was, was a local incident and the product of police brutality. Those responsible will face legal consequences in pursuit of justice. Despite Chauvin being white and Floyd being black, no evidence suggests Floyd’s death was the result of racism, systemic or otherwise. People trivialized Floyd’s death, and it’s disgraceful that people politicized what he went through. People should caution themselves and reject the destructive habit of projecting racism into situations where it doesn’t exist.

People of good faith can agree that isolated cases of police brutality are immoral: it dehumanizes the officer(s) and the person(s) during the arrest. But that doesn’t mean the country as a whole is systemically or irredeemably racist. It’s the height of irresponsibility to connect these dots and to suggest as much.

At this moment, America is politically divided. There are people, politicians, and groups who contemptuously seek to use this discord to their advantage.

Knowing that Christians should be engaging in and leading meaningful discussions, fostering ways to repair relationships, and offering constructive solutions to outstanding problems regarding police behavior and accountability – while rejecting the melodrama that characterizes the current mood.

America may be imperfect, but she is not evil.