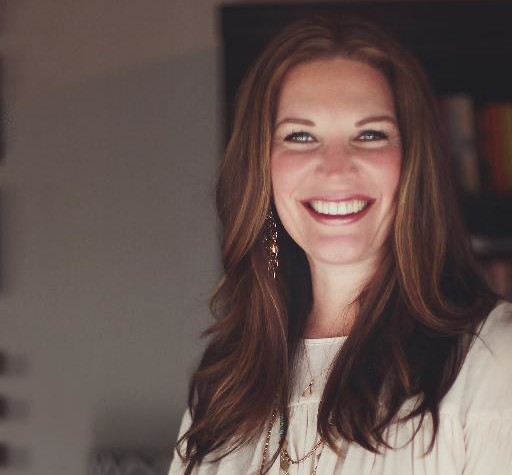 The 2016 election cycle has definitely cultivated an interesting and divergent compendium of Christian and evangelical appraisals concerning the respective candidates running for president.

Donald Trump’s unconventional and unexpected campaign that earned him the Republican nomination has forced conservative evangelicals into a fratricidal conflict that has and will change the context of conservative Christian political witness going forward.

While the friction has at times been exaggerated and pharisaical, generally, it’s a good thing.

The public bickering among evangelicals has been awkward to watch but the separation and potential divorce between religious conservatives and the GOP is long overdue. This is a necessary step to salvage and redeem the religious and theological character of evangelicalism. This renovation project is indispensible to the moral integrity of Christian socio-political testimony.

The same can’t be said of so-called Christian Progressives.

There is very little internal disagreement about the moral conflict of supporting Hillary Clinton in light of her repeated and predictable tendency of systematic corruption and dishonesty. Many on the Christian Left have simply rationalized and compartmentalized Clinton’s unrestricted character flaws- not so much as the lesser of two evils (though there is some of that)- as a political and moral obligation to support her. By default, they also support other progressive social policies of the Left.

And they’re using every opportunity to say as much.

In the interview- filled with half-truths and straw man positions, Hatmaker began by addressing and glossing over Hillary Clinton’s wretched character, admitting that she’s still open to voting for Clinton come November.

She then criticized Donald Trump’s behavior as unfit for the presidency; here, I don’t necessarily disagree with her. Donald Trump continues to do and say numerous things undeserving of the Executive Office.

But I think Hatmaker erred in repeating the mistake of oversimplifying who and why people support Donald Trump. There are, to be certain, “deplorable” people backing Trump. Anti-Semitic, ethno-nationalist white supremacists fit this distinction. But I think it’s a mistake to dismiss and unfairly generalize those, Christians included, who reject this kind of disgraceful racial populism, but still maintain support for Donald Trump.

Hatmaker then discussed her free-thinking views on gay marriage and LGBT community. It’s no surprise what she believes with respect to this issue. She says,

From a civil rights and civil liberties side and from just a human being side, any two adults have the right to choose who they want to love. And they should be afforded the same legal protections as any of us. I would never wish anything less for my gay friends… Not only are these our neighbors and friends, but they are brothers and sisters in Christ. They are adopted into the same family as the rest of us, and the church hasn’t treated the LGBT community like family.

Whether gays are our neighbors or friends- it’s not about choosing whom to love- that has never been the issue. People are free to choose whom to love without restriction. It’s about reinventing marriage as a social justice concept.

Moreover, marriage isn’t a “civil right,” or a “liberty,” nor is it found in the Constitution. No one, gay or straight, had the “right” to marry until the Supreme Court created one specifically for gays and lesbians.

And what about the civil rights of Christians who’ve experienced discrimination because of this newfound LGBTQIA “right”?

Wanting to follow the Supreme Court’s lead, Jen Hatmaker wants the church to make special considerations for gay/lesbian Christians that we shouldn’t (and don’t) make for other Christians. Gay Christians may be kinfolk in Christ, but that doesn’t necessitate Christians excusing sin, twisting theology, and upending the divine ordination of man-woman marriage for a false display of religious compassion. Like many other groups- the church is defined by orthodoxy- designated by what it believes just as it’s defined by what it doesn’t. Loving our neighbor and treating them in ways we seek or desire to be treated doesn’t entail compromising the comprehensive nature of biblical teaching and church tradition.

Hatmaker then discusses her expanded understanding of being pro-life when she says,

There’s something incredibly disingenuous about a Christian community that screams about abortion, but then refuses to support the very programs that are going to stabilize vulnerable, economically fragile families that decide to keep their kids. Some Christians want the baby born, but then don’t want to help the mama raise that baby.

The Christians she refers to are caricatures she created- meaning she oversimplifies the issues to embarrass Christians.

This view of what it means to be pro-life, though accurate, is falsely used to marginalize Christian anti-abortionists. The Christians she refers to are misrepresentations. Hatmaker uses the superficial talking points of the Left to malign and deride fellow religious pro-lifers. It’s inappropriate, especially for a Christian and she discredited herself by doing this.

Additionally, what pro-lifer/anti-abortion Christian is against helping poor single moms? Or supporting programs to help those in need (rather than grifters who seek personal gain through exploitation)? Jen Hatmaker lied about pro-life anti-abortion Christians presumably because they disagree with an expansive and corrupt welfare state that encourages dependency and compromises human dignity.

What does being “pro-refugee” mean? Sounds good, but it doesn’t mean anything because Hatmaker doesn’t define it in real terms.

Same with her being ‘pro-Muslim’? What does that mean, exactly? Supporting all Muslims, even the ones who believe it’s Allah’s will to maim and kill nonbelievers and all those who refuse to submit to specific religious convictions?

Hatmaker finishes by highlighting her racial justice cred, saying she supports Black Lives Matter based on “evidence and documented research.” She also voices concern over the potential (inevitable) treatment of her adopted black son by police in the future.

The church is AWOL on racial unity and reconciliation and it has outsourced its moral obligation to lead onto racial and social justice warriors. In my mind, there’s no doubt about that. But the void created by the lack of Christian presence and spiritual leadership should not prompt Christians to support a corrupt outfit like Black Lives Matter. Period. It’s a movement methodically based on lies and deliberately diverts attention away from more pressing issues- like black criminality, high black abortion rates, fatherless black families, high black unemployment rates, and substandard education- that would actually establish that black lives matter.

As for evidence and research– both completely undermine the foundation Black Lives Matter is built on. And she would know this if she actually looked it up rather than trying to be right on all the right issues.

These positions are intellectually dishonest and intensely foolish. I’m not sure what happened to Jen Hatmaker but this exemplifies the irresponsible quality of thought on the religious Left. Religious progressives should follow the lead of their conservative evangelical brethren and divorce themselves from progressive politics to salvage what’s left of their religious and social credibility.