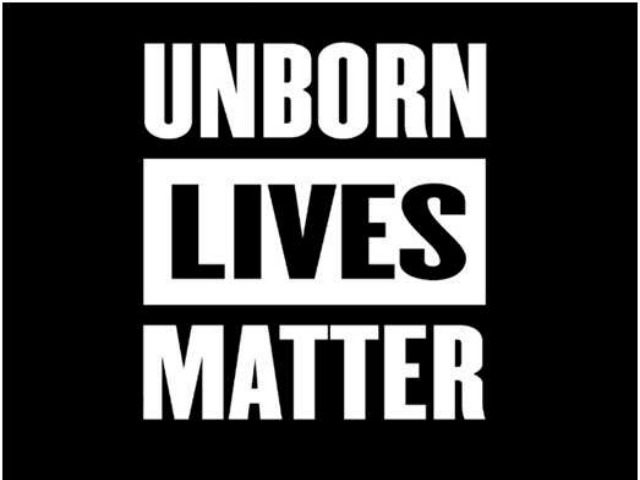 Recently, The Federalist published an article in which the author sincerely argued that two popular social movements – Black Lives Matter (BLM) and anti-abortion/pro-life activists – pursue a common goal: the respect and preservation life.

Christina Marie Bennett- a writer and pro-lifer who works with pregnant women in crisis environments for the benefit of both mother and child- is challenging the way pro-life advocates have responded, and should respond, to claims of police brutality, the growing frustrations in the black community and Black Lives Matter.

Specifically, Bennett laments the continued dismissal of Black Lives Matter activists and others by pro-lifers who readily cite black abortion rates when the issue of police brutality is raised. Bennett sees this practice as a kind of pro-life, one-upmanship that minimizes the tragedy of lives “lost through [police] violence.”

For example, Bennett claims the “knee-jerk” response of, “If black lives matter, then why are your abortion rates so high?” deflects from the issue BLM supports. She says the response insinuates that black people don’t care about unborn black lives as much as adult black lives, which calls into question black concerns regarding what lives are more valuable. I’ll return to this point.

Rather than pitting one cause against another, Bennett believes that neither movement should be used to undermine the other, because, in their respective ways, both movements are trying to safeguard human flourishing. For Bennett, both movements are solidly pro-life.

To be fair, Bennett isn’t fully onboard with the Black Lives Matter agenda. She disagrees with the movement on several issues, including its support of killing the pre-born black children. Honorably, she admits the difficulty of trying to empathize “with a movement that advocates for something I disagree with.” But for her, the resolution occurs when she sees, “the movement for what it is,” which is, “a broad group of people with varying levels of involvement, all trying to raise awareness and fight the specific issue of police brutality.”

This exercise in nuance permits her, as a pro-lifer, to winnow away the ongoing negativity that overshadows BLM’s agenda, freeing her to sustain solidarity with the movement’s pursuit of justice- a model she believes that all pro-lifers should follow.

Though I disagree, I am somewhat sympathetic to the author’s intent- dispelling the either/or nature of supporting BLM or being pro-life. However, I think some of the negativity she wants to minimize in favor of legitimizing BLM while maintaining fidelity to the pro-life cause, from the womb to the tomb (that part I agree) misses a few essential points.

To begin, the phrase “black lives matter” is incongruent with the movement’s agenda. Black Lives Matter as an ideological movement is primarily concerned with police brutality and lethal force used against blacks. It should, therefore, change its name to Black Americans Against Police Brutality or something similar to reflect this narrow focus rather than a name that suggests an all-encompassing concern for confronting problems that decrease the value of black lives.

Black Lives Matter is also a Marxist/socialist movement, funded by an admitted cultural destabilizer George Soros, and other leftist organizations, which also calls the movement’s credibility into question.

Likewise, being pro-life as it relates to the pre-born is an exercise in proactivity. Life can’t be defended from police brutality if it’s prevented from being born. There’s a reason why people say that the most dangerous place for a black child is in its mother’s womb and that painful admission is found in Bennett’s reflection on the more than 16 million black children killed by abortion since it was made a “right” in 1973. Increasing the black birth rate by decreasing abortion is an intrinsic good.

BLM on the other hand, to the point that it’s pro-life at all, is deliberately reactive, not to mention, misguided as to what saves lives.

Aside from supporting black abortion, the focus of BLM isn’t with the broken families and the chaotic home and neighborhood environments that create, nurture and underwrite the predictability of blacks being in police confrontations that go south. BLM’s focus is on “systemic racism” that fosters “police brutality,” which is always initially or reflexively cited and deprived of evidence to support such allegations. When facts in respective cases are released, invalidating BLM’s racial narrative, BLM activists ignore them- up to and including the responsibility and contribution of the deceased to his/her death.

In other words, BLM’s definition of pro-life isn’t discouraging blacks from self-destructive behavior that increases the predictability of encountering police. Rather, they define pro-life as law enforcement officers refusing to use force against any black person/black suspect at any time, despite elevated levels of danger- including potential threats to personal or public safety. That’s racial solidarity, being pro-black, not necessarily pro-life.

Again, Bennett argues that abortion rates and police brutality both deserve attention and shouldn’t be used against each other. I agree- each problem should be dealt with in proportion to their effects on black society. That said, there are very clear reasons why the respective concerns are raised and used against the other.

One reason people, regardless of color, persist in highlighting the issue of black abortion percentages is that members and supporters of Black Lives Matter intentionally avoid discussing and confronting persistently high black abortion rates. This moral sidestep by BLM, over and over, proves to an increasing number of people that BLM isn’t concerned with preserving and redeeming black lives in any meaningful way because it refuses to protect the most defenseless members of the black community.

To the point, black abortion is specifically raised to gauge black integrity when it comes to the conservation of black lives.

It’s also mentioned because of the selectivity of the moral indignation that inevitably accompanies charges of “police brutality” against blacks, which is nonexistent when black abortion percentages are raised. Bennett confesses abortion destroys black children- more in any given year than all black deaths by law enforcement officers combined.

Blacks are only 13% percent of the population. Black women of childbearing age not incarcerated or suffering from physical/mental abilities that prevent pregnancy- in any given year- are only 3-4% of the population. Yet, according to the CDC, these women were responsible for 36% of all abortions between 2007 and 2010. Though this demonic act is specifically targeted to black and Hispanic women by white leftists, no one forces these women to kill their black preborn children, all of whom are unarmed. Morally wayward black men, sexually irresponsible back women, and blacks that refuse to soundly condemn this noxious behavior are complicit in this genocide.

In a 2012, report from the New York City Department of Health and Mental Hygiene, more black babies were killed by abortion (31,328) than were born (24,758) in New York City, totaling over 42% of all abortions performed. In 2010, 60% of all viable, black pregnancies in New York City ended in abortion

According to another pro-life organization, 870 black babies are aborted every day in the United States. The report re-emphasizes that more than 36 percent of all abortions in the U.S. are performed on black women. Yet, as day follows night, there’s no outrage.

Contrast that to the data that tracks police-involved fatalities from the Washington Post.

Of the 772 killed by police so far, 363 of them have been white, 188 have been black. This unofficial statistic here directly refutes, again, any and all claims that the police are hunting, targeting or killing blacks indiscriminately. Almost twice as many whites have been shot and killed by police than blacks.

Of the 188 blacks killed, only 16 were unarmed when shot.

Now, of the sixteen unarmed blacks who were shot and killed by police, all but three either resisted arrest, refused orders of compliance and submission, attempted to flee or attacked an officer.

Now we can all agree- life lost under these circumstances is unfortunate. But in reality, this sort of racial exaggeration- the false cries of ‘systemic racism’, ‘racial injustice’ and cops being ‘racist agents of the state’ by BLM and other racial justice warriors and activists over the killing of three unarmed blacks, is dishonest and disproportionate, to say the least.

So, 870 black babies are killed, daily, while only three unarmed blacks (who didn’t resist arrest) have been killed by police this year as of this writing, is why this issue is raised. Black Lives Matter claims to be against lethal force against unarmed blacks. What exactly is abortion if it’s not precisely that- lethal force used against an unarmed, defenseless black life?

The reality is that people correlate the level of black outrage to matters of black importance. Based upon that metric, the general public is convinced that blacks care more about blacks killed by (white) police officers than those killed in abortion clinics. Further, it’ been argued that blacks are apathetic regarding black children based on the proficiency at which they kill their unborn children.

Again, I understand the necessity and obligation of being pro-life from birth until death, but BLM isn’t the vehicle to appropriate or sympathize with in pursuit of this noble objective.

The value of black life should be protected from the very beginning; as stated, BLM is against that.

Black children deserve a stable family environment that includes a mother and father, not a 70%-plus illegitimacy rate- born in tumultuous homes of single mothers and half-siblings from multi-sexual partnered relationships. President Barack Obama said that “children who grow up without a father are five times more likely to live in poverty and commit crime; nine times more likely to drop out of schools and twenty times more likely to end up in prison. They are more likely to have behavioral problems, or run away from home, or become teenage parents themselves.” Being pro-life means undoing this social dysfunction, which reduces run-ins with the police, which reduces the chances of experiencing police brutality and death.

Black Lives Matter says nothing about that.

The anti-charter school stance of BLM (and the NAACP) has put these so-called civil rights groups at odds with the majority of blacks. A recent study demonstrated that 82 percent of black parents with school-aged children enthusiastically support charter schools.

Black Lives Matter can say what it will about the dignity and worth of black lives, but unless and until members and supporters of the movement start demonstrating that the totality of black lives matter to blacks first, black lives won’t matter to anyone else.