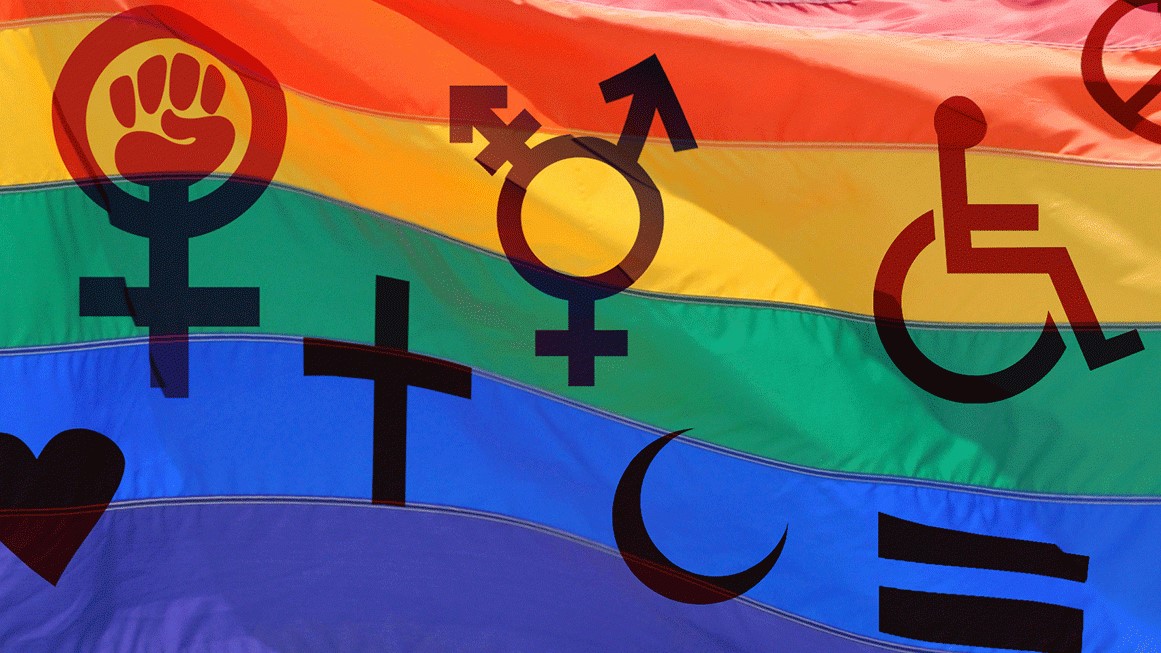 The Christian Left and the Danger of Intersectionality

Recently I received an email from a concerned Christian regarding the inevitable adoption of antiracism training for his church’s leadership. With Christian humility, the sender sought assistance in addressing the destructive elements and consequences of embracing critical race theory (CRT) and intersectionality to combat racism and initiate reconciliation. In making what I thought was a clear and principled case, this Christian observed that this approach is antithetical to reconciliation. The authoritarian nature of CRT (intersectionality and antiracism) suppresses dialogue and fosters separation, which undermines Christian reconciliation and the identity of the Church.

This isn’t the only email I’ve received concerning a church or its leadership self-approvingly incorporating the secular dogmas of antiracism or intersectionality as a sanctimonious advertisement of its stance against discrimination. The speed at which this occurs communicates to Christians that the imago Dei and the Christian gospel are insufficient bedrocks upon which our identity is centered and in which interpersonal relationships are created, maintained, or repaired in the Christian church. Intersectionality concedes to reinforcing a power totem built upon partiality, hate, and vengeance, which fortifies a rigid power hierarchy to achieve “solidarity” and “justice.” The Bible rejects this in favor of the righteous and equalizing power of love.

“…the examination of race, sex, class, national origin, and sexual orientation and how their combination plays out in various settings. These categories– and still others– can be separate disadvantaging factors… [that] operate at an intersection of recognized sites of oppression.”

Many Christians view intersectionality as legitimizing collective victimization in pursuit of power and unearned moral authority. Subsequently, they see intersectionality as re-establishing the dividing wall of hostility that Christ destroyed; therefore, they fittingly reject it.

Other Christians, however, enthusiastically welcome and exalt the practice of self-identifying with multiple marginalized identities. Generally, these are people representative of what is increasingly called the Christian Left.

The Reconciling Ministries Network (RMN), which according to its website, “equips and mobilizes United Methodists to resist evil, injustice, and oppression as we seek justice for people of all sexual orientations and gender identities,” fits into this category.

One of its several strategic directives is to “model the diversity of God’s creation by training, equipping, and supporting new leadership with an intentional emphasis on the development of people of color, young adult, and transgender leaders… to build a diverse network towards the goal of ending oppression and creating full inclusion of all people in the UMC regardless of sexual orientation, gender identity, age, ability, race, ethnicity, or socioeconomic status.”

“Diversity,” “people of color,” “transgender,” “ending oppression,” “inclusion,” and “gender identity” … the preceding statement has all the obligatory words and catchphrases of the left. When you take God out of this declaration, it reads like a customary progressive talking point.

The RMN earnestly embraces politicized sexual identities. The “Rooted & Rising” aspect of the RMN is a “reconciling movement for the next season of our collective work for LGBTQ justice and inclusion in the Church.” On October 11th, it celebrated the “National Day of Coming Out” with a virtual worship service, in which Rev. Lora Andrews– who ardently listed her pronouns as she, her, and hers– told fellow worshipers that the church “welcomes,” “affirms,” and “celebrates” God’s children (who are gay, queer, trans, etc.).

Intersectionality’s focus on superficial self-definition– contingent upon actively re-creating oneself in one’s image, draw Christians away from their identity in Christ. As more and more Christians espouse intersectionality, the foundational premise of the imago Dei and the obligation to conform one’s spiritual identity around the fundamental teachings of God revealed Jesus Christ is rejected.

The Reconciling Ministries Network “affirms” and “welcomes” an intersectional identitarianism that contradicts Christian teaching. The approach of “come as you and are and leave as you came” reflects an endorsement of a life lived strictly according to the flesh with the assumption of divine acceptance and approval. When Jesus saved the adulterous woman from the Pharisaical mob, he didn’t condemn her. However, with compassionate clemency, Jesus counseled her to leave her life of sin. Similarly, Paul teaches Christians to clothe themselves in Christ rather than gratifying the desires of the flesh.

Intersectional Christians– a contradictory term, to be sure– refuse to do this. Conversely, they encourage people to remain comfortable in their self-appropriated identity(ies) and complementary lifestyle(s). Overcoming sin isn’t the focus. The focus is on endorsing assumed identities and corresponding ideologies of the flesh, which are purportedly the direct reflection of who people are. This practice contrasts with leading them toward who and what they can be in Christ.

Intersectionality also draws Christians away from biblical justice toward the postmodern ideal of equity. Equity is used synonymously with fairness and (social) justice and, in most cases, must be contrived– mainly at another group’s expense. That’s not justice; that’s retribution or punishment– here for the commission of historical oppression, much of which has been attributed to people who haven’t committed it. In theory and practice, intersectional justice is irreconcilable with biblical justice.

Christians should only be concerned with the intersection of sin and human nature and how it’s resolved.

Intersectionality is infiltrating more and more churches. It redefines religious truths in terms of its master, and in doing so, it seeks to subordinate Christianity to its authority. Jesus was clear regarding the inability to serve two masters. Inevitably, Christians have to choose, and it shouldn’t be intersectionality.