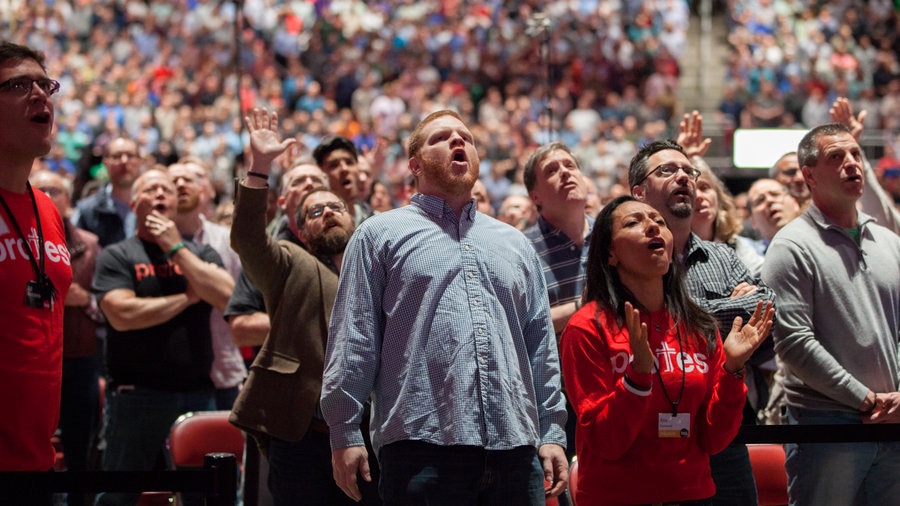 The media have been trying to tarnish the reputation of conservatives, Christians and evangelicals for quite some time, to be sure. Yet since Donald Trump won the election, media types and other leftist acolytes have been working especially hard to further besmirch this group.

Because progressives refuse to accept the results of the 2016 election, leftists have been working overtime to tarnish the reputation of conservatives, and evangelicals- specifically trying to identify both with racial sins of white nationalism, loosely identified as the alt-right.

Charlottesville was the latest attempt.

To be clear, though the alt-right should be condemned and rejected outright, this group is nowhere near as large or influential as the media would have people believe. A November 2016 conference held by Richard B. Spencer of the National Policy Institute- one of the preeminent members of white nationalism who popularized the term alt-right, could only muster 200 attendees.

Further, despite the hyperbole and hysteria with respect to the “violent clashes” in Charlottesville, most stories reported that assembled white nationalists at the “rally” only numbered in the “dozens.”

Further, many of the stated beliefs of the alt-right, which are morally repugnant, clearly contradict conservatism. For example, aside from judging people based on their skin color and their rabid antisemitism, the alt-right fundamentally disagrees with the “myth” of racial equality, and legal equality.

The alt-right also largely rejects aspects of the US Constitution in favor or racial identity-based authoritarianism, specifically so that it facilitates the re-emergence of white nationalism and the preservation of Western civilization. This contradicts conservatism’s emphasis on constitutional originalism, limited government, and rejection of racial identity politics. Moreover, the conservation of Western civilization isn’t dependent on or connected to the elevation of any form of white nationalism, despite what members of the alt-right or their leftist counterparts may say.

I’ve been a conservative for more than 20 years. Though clumsy language regarding racial issues among white conservatives are and have been a regularity, I’ve never heard (white) conservatives openly advocate expanding government to facilitate the preservation of white nationalism nor have they offered up support of racial supremacy. And they certainly haven’t advocated fascistic totalitarianism that rejects racial and legal equality.

On the contrary, I’ve had countless, sincere white conservatives- most being religious, repeatedly ask what they could personally do to help more blacks escape the indignity of leftist policies. Additionally, they’ve persistently asked how they could assist me in spreading the message of conservatism in general, but specifically, to more blacks.

My question(s) to those eagerly attempting to associate white nationalism with political conservatism and Christianity is where and when, specifically, have white supremacists, white nationalists or the alt-right articulated anything remotely close to biblical values or Christian principles? As a matter of fact, much of what white supremacists advocate- hearts full of hatred, anger, bigotry, violence, and race pride and chauvinism- combined with antisemitic epithets- are clearly considered sins when judged against Christian morality. This directly contradicts that which constitutes Christian discipleship and character.

Moreover, the racial supremacy of white nationalism is very much opposed to the theological anthropology found in Christian teachings that begin with the intrinsic value of being created in the image of God (Gen.1 :27), that all people/nations were made through Adam (Acts 17:26), and that all men whoso choose, are redeemed and restored in Christ (Eph. 1:7, Rom. 3:23ff, and Col. 1:13-14).

It should be obvious that the Sermon on the Mount and the obligation to “love one’s neighbor,” have nothing in common with the divisive separatist platform and racial hierarchy of the alt-right. The theory and practice of white nationalism directly contradicts the multiethnic, transnational composition of the Christian church and the Kingdom of God.

Pointedly, many self-identified alt-right members and other white supremacists identify as atheists, agnostics, or lapsed Christians. Many are attracted to paganism, like their ideological forebears.

As such, this idea that white Christians are obligated to apologize for contemporary white supremacism- then prostrate themselves before the media and other professional leftists, including racial grievance holders as if it were Christians that assembled Charlottesville- is ridiculous. The idea that Christian silence or lack of remorse in the face of a racist movement that doesn’t implicate Christians- but nevertheless advances its racist agenda- is equally absurd.

Admittedly, American Christianity’s history is full of theologically legitimized racism, slavery, and segregation- all of which did severe damage to the fellowship of Christ. This history is inexcusable, sinful, and indefensible.

Thankfully, American Christianity was also theologically instrumental in helping free the slaves and as evidenced by the civil rights movement, was essential to ending segregation and racial inequality. It has also been a crucial factor in delegitimizing racial discrimination and various notions of racial supremacy.

Why not balance this equation and highlight this reality? This one-sided historical narrative that seeks to shame Christianity in America undermines the good work American Christians have done. It also weakens the American church’s obligation to continue its work of overcoming interracial and interethnic tensions. There’s no doubt that American church still has considerable work to do in this area. Ironically, the same people who want to erase bad white political history, are determined to remember bad white religious history. This is foolish as it comes.

I’m not arguing the American church is perfect; what institution on this side of heaven is? But I am saying that this idea of deliberately misidentifying white Christians as handmaidens of white supremacy, or coercing and shaming white Christians- including pastors and church leaders- into embellished condemnations of white supremacy, combined with sackcloth-and-ash apologies for something they’re not currently guilty of or responsible for, trivializes true repentance, forgiveness, and brotherly love.