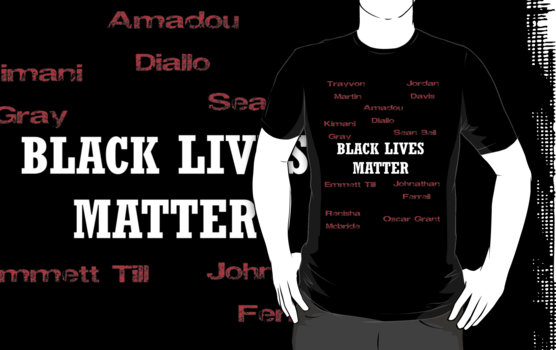 #Blacklivesmatter- but not to black people

#Blacklivesmatter is a new hashtag activism campaign that claims to be “a response to the ways in which [black] lives have been devalued.” This socially virtuous campaign has gained considerable momentum recently as the country awaited the results of the grand jury investigation into whether enough evidence existed to indict officer Darren Wilson for committing a crime- the murder of Michael Brown.

The objective of #Blacklivesmatter- as stated on at least one website associated with the campaign- “is a call to action…which Black people can unite to end state sanctioned violence both in Ferguson, but also across the United States of America.” It also “aims to end the insidious and widespread assault on Black life that pervades every stage of law enforcement interactions; be it in custody or in our communities.”

The campaign seeks to bring attention to the fact that black lives are every bit as important and worthy of respect as everyone else.

It’s a worthy goal but tragically misguided. The focus of the campaign would have much more moral authority and would be taken much more seriously if it focused on those actions that do devalue black lives- which have very little to do with white cops and everything to do with blacks themselves.

According to data collected from 1980-2008, in 2008, the homicide offender rate for blacks was almost 25 percent, seven times higher than the offending rate of whites (3.4%).   The homicide victimization rate for blacks was about six times higher than the victimization rates for whites. Blacks were also 47.4% of all homicide victims and 52.5% of all homicide offenders. During the same period, blacks accounted for 62% of all drug-related homicides compared to 37% committed by whites. Over 65% of all drug-related homicide offenders were black; whites comprised 33 percent.

This qualifies as an ‘insidious and widespread assault on black life.’

The internecine war doesn’t begin here; it actually begins in the womb. As bad as black criminality is- and it’s bad- the most dangerous place for a black child isn’t the inner city or cities disproportionately populated by blacks. It’s in its mother’s womb.

The babies fortunate enough to make it out the likely unmarried mother’s womb (back illegitimacy rate is 73%) appear resolute in their intent to finish the work of killing that many black mothers began.

Black lives matter? Not only is it questionable if black lives matter to blacks themselves, one wouldn’t be wrong if one sincerely questioned the depth of self-hate responsible for motivating blacks to kill themselves off with the type of reckless determination that pervades their actions.

When you combine the numbers of black babies aborted with the numbers of black victims who die by the hands of other blacks, you see that the attack on black lives has nothing to do with racist, white cops. If we blacks don’t take our lives seriously, why should we expect- or demand- anyone else to?