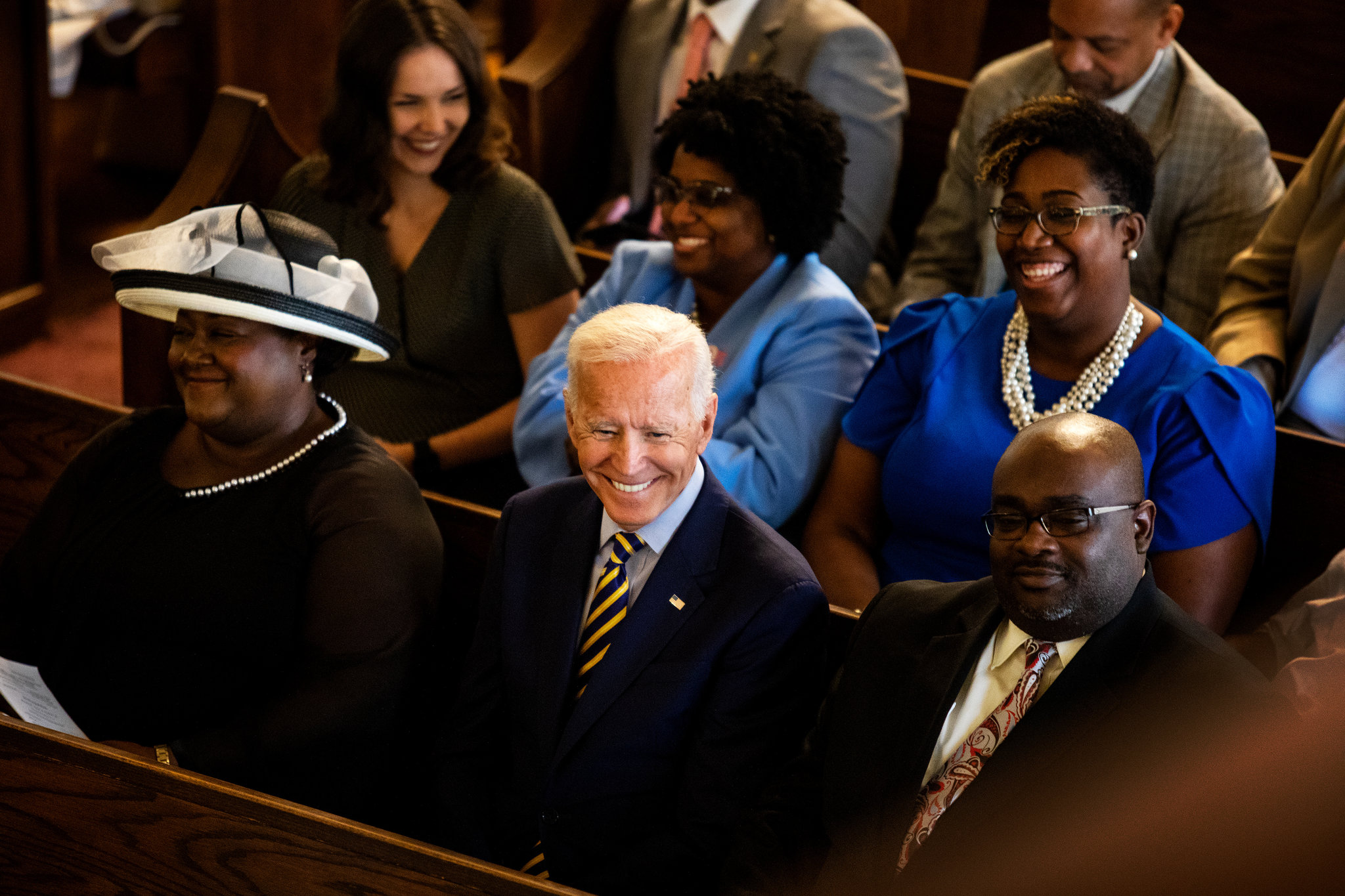 Consequently, his plan calls for substantial government spending– pledging to do for blacks what he and fellow Democrats think that blacks can’t do for themselves. Substituting government action for initiative, risk, and determination continues the Democrat tendency to treat blacks like children.

…We have made extraordinary strides … but for African American families, we have not yet made America what it ought to be… African Americans can never have a fair shot at the American Dream so long as entrenched disparities…chip away at opportunity. You don’t have an equal chance when your schools are substandard, when your home is undervalued… or when the poverty rate for African Americans is more than twice what it is for whites.

Claiming that America isn’t “what it ought to be” for blacks is standard Democrat demagoguery. This claim is the rhetorically predictable wink-and-nod to the predominant narrative that all black frustration (or lack of racial parity) stems from structural racism.

However, Biden is right about the inability of blacks to access superior education– but Biden and fellow Democrats are why.

That’s why Democrats refuse to give black students a chance to access better academic prospects.

Consequently, charters can fire bad teachers, a privilege rarely exercised at public schools. The absence of unions limits the power of bureaucrats to prioritize job security for teachers and administrators above educating students– impoverished students– in disadvantaged areas.

Many charter schools do for poor minority students what traditional public schools don’t­– provide superior instruction for their pupils.

Regarding proficiency measurements, poor black students gain the most from charter school education. Sixty-four percent of black students in New York’s charter schools demonstrated competence in math, compared to 28 percent of black students in New York’s public schools and 32 percent statewide. In 2019, one of the city’s most accomplished charter schools, Success Academy Bronx 2, had an entire eighth-grade class ace the Algebra I Regents exam. This mandatory standardized test determines student ability when compared to statewide learning benchmarks. This school is in the nation’s poorest congressional district.

Many of New York’s charter schools outperform the city’s public schools, threatening the controlling influence of teachers’ unions. It’s why Mayor Bill DeBlasio and American Federation of Teachers President Randi Weingarten have repeatedly sought to interrupt and diminish the accomplishments of Success Academy. Charter school success isn’t limited to New York City. This kind of success is evident across the country.

Biden’s plan gives perfunctory lip service to black voters about subpar education. Disallowing blacks to choose what schools their children attend ensures that black students will continue receiving an inferior education. Democrats have refused to give blacks the independence to choose their children’s education despite increasing support for school reform and charter school alternatives.

Meanwhile, Democrat party leaders send their children to high-achieving schools of their choice.

When Joe Biden claims that black homeowners are victims of undervaluation, he’s suggesting that discrimination is the cause.

Many blacks live in neighborhoods near other blacks– sometimes in areas with lower home values. However, most blacks don’t live in ghetto areas, so the impact of common inner-city property values doesn’t apply to black homeowners.

Several (non-exhaustive) variables affect the appraisal of a house: location, neighborhood, proximity to schools, quality of schools, proximity to parks, square footage, crime levels, noise, the economy, etc. Where does racial discrimination factor into these variables?

That said, similar to house valuations; numerous factors contribute to the poverty rate and the racial disparity.

A significant influence on the poverty gap is marriage rates.

Black marriage rates are lower than their white counterparts and the national average. Black women marry less than other women. Sixty-five percent of black children are raised in single-parent homes, predominately headed by women. The poverty rate for black, female-headed households in 2018 was 32 percent.

However, the poverty rate for black married couples has been under 10 percent for almost 30 years.

There are significant economic benefits to marriage. If Biden were serious about reducing black poverty, he would advocate that blacks get –and stay– married.

Another factor is education and its impact on future employment.

According to a report conducted by Georgetown University, blacks are disproportionately concentrated in lower-paying majors. Rather than pursuing STEM-related fields (which blacks represent 7 percent), blacks choose majors like Early Childhood Education, Ethnic Studies, Social Work, or Religion– professions with lower median salaries yields. Choosing subjects with lower median incomes is a direct consequence of the widespread inability of blacks to receive high-quality education and college preparation in primary and secondary schools.

I’m not diminishing these majors. In college, I received degrees in Classical Humanities and Religious Studies. Yet, there’s a difference between choosing lower-paying majors as I did, knowing the soft economic returns, and being forced into these majors due to the lack of proper academic training and being unable to keep pace with more demanding degree requirements in higher-paying majors.

Incomes vary depending on the employee’s qualifications (education, previous experience, skillset, entry-level versus management, etc.). Incomes also fluctuate, resulting from the level and department of government – city, county, state, or federal­– that one is employed. Blacks appear to choose job security with generous pensions and benefits over working in the private sector.

Biden then says he,

plan[s] to achieve equity for the African American community…

He also claims his administration will make America more hospitable for blacks through “far-reaching investments” and “historic investments.”

‘Equity’ is an impossible goal. America can’t redistribute its way to fairness– it’s impractical. It’s also immoral. America has tried to engineer outcome-based racial equality, or equity, since the 1960s.

Top-down, administrative intermeddling prevents blacks from investing in themselves. It prohibits them from self-determining what’s best to improve black well-being and flourishing (which blacks have done) to close racial inequalities.

Truthfully, whites and blacks may never reach parity. But, allowing blacks the freedom to control their fate will permit most blacks to enjoy a higher quality of life than in previous generations.

Biden’s redistributive strategy won’t empower blacks. It reinforces the crutch of government, which stifles ingenuity, shortchanges black development, and prevents blacks from being held to the same standards as our multiethnic counterparts.

Finally, Biden’s use of “lift every voice” is troubling.

Most Americans are unaware that “Lift Every Voice and Sing” is the Negro/black national anthem. Written by James Weldon Johnson, it was initially a poem set to music and performed at a memorial celebration for Abraham Lincoln. Johnson wrote this during a difficult time for blacks in our country’s history. Johnson’s words remind blacks to have faith in and dependence on God. Despite their longsuffering history, blacks (Negroes) looked forward to liberation and acceptance in America. The song is about hope, perseverance, and freedom – not dependence on government.

Biden is pandering to blacks. He desperately needs the black vote to win come November.

But using a song based on a conviction in God to promote an agenda that advocates faith in government is insulting. It’s a sad but telling commentary on the relationship between Democrats and blacks.

Blacks should put more faith in God and themselves and less faith in government– and Democrats.