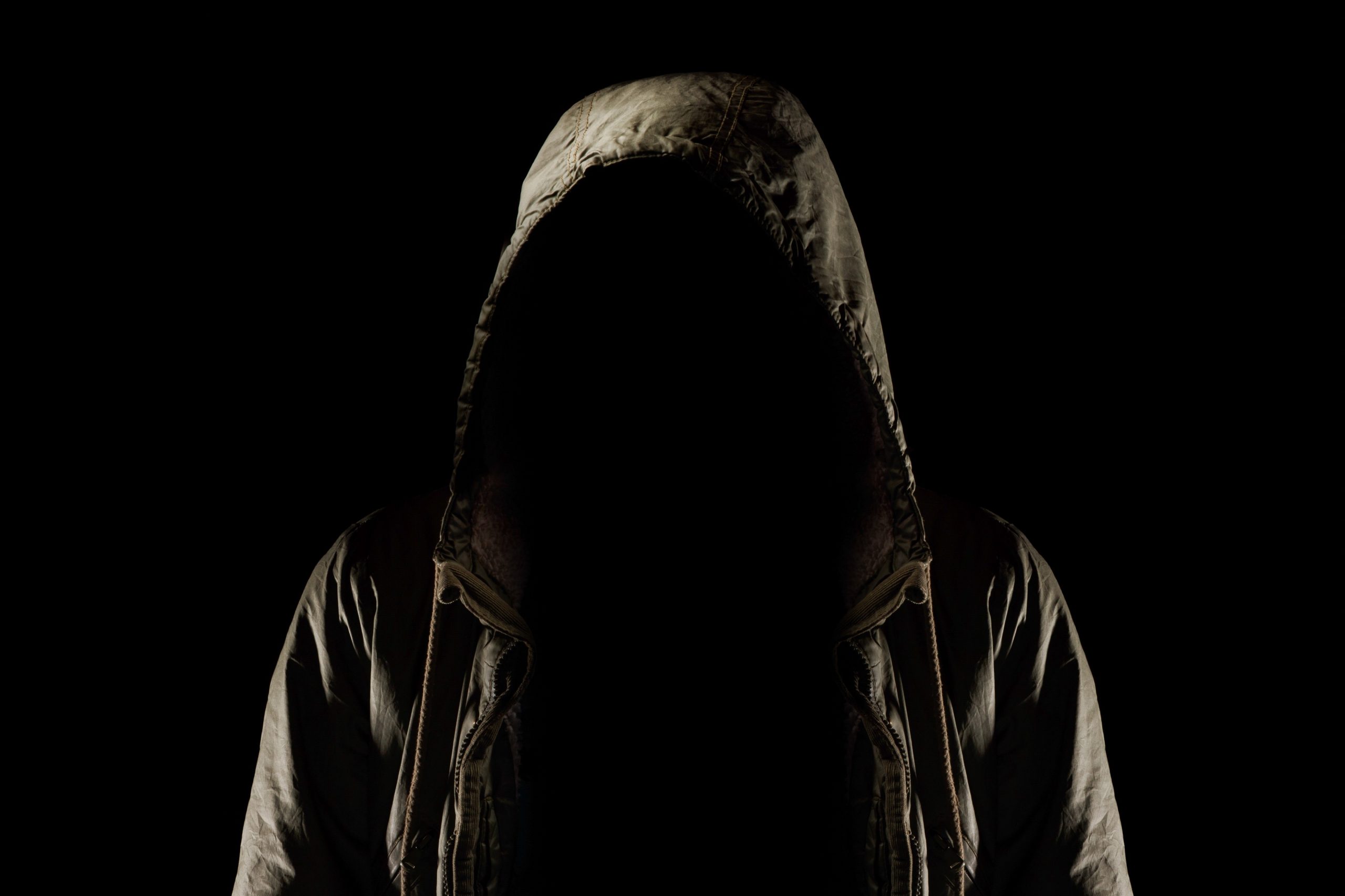 Does An Unreasonable Fear of Black Men Exist?

When videos of clashes between blacks and law enforcement officers are released, or when blacks are harassed by white women comically known as “Karens” are shown on social media, or as over-zealous white males criminally profile blacks, I say as little as possible until all the facts are presented.

The Rodney King debacle should’ve taught us as much (but didn’t). Generally, it’s tough to know what ensued and render judgment on what happened– and what should happen to achieve “justice” with minimal information in a 15, 20, or 25-second video clip. Additional evidence is needed to help contextualize the incident to understand better what occurred and what should or shouldn’t happen to the relevant actors. Ideally, prudence would dictate patience until additional evidence is available before people dispense their verdicts and punishments.

That brings me to the recent case of Ahmaud Arbery.

What’s behind this diversification of internal reactions among conservatives will not be investigated here. Instead, I want to address David French’s recent opinion about what he claims is responsible for the killing of black men.

French argues, in Time Magazine, that an “unreasonable fear” is why black men are killed in America. Unlike an earlier piece in the Dispatch where French detailed a very well-reasoned case against Travis and Gregory McMichaels– and their justification for following, confronting, and killing Arbery, in Time, he claims that racially unjustified shootings of black men, primarily by cops, reflect America’s guilt for reinforcing the association of fear with black men.

French provides examples of police-involved shootings. He includes Trayvon Martin and shows that George Zimmerman was not a cop but an over-zealous leader of his neighborhood watch program. After these examples, he suggests that a sizable portion of the country– like the cops in the examples he cites, shares the view that black men unjustifiably represent and “outsize perceptions of threat and danger.”

Is this the case? Does there exist an unreasonable fear of black men that prompts itchy trigger fingers among (white) Americans?

David French thinks so. He says,

[T]here are Americans who would never pick up a weapon and try to track down a black man running on the street–or follow a young black man on a rainy night–but they understand and sympathize with those who do.

I realized that all too many of these cases carried with them a dreadful double injustice. There was the awful death itself. Then there was the public declaration that there was something right about the alarm and even terror that triggered deadly violence.

It’s that second injustice that helps perpetuate the cycle of violence. It teaches a new American generation that when black men do even small things, then there is a reason to grab a gun–and even to fire that gun. The battle for hearts and minds must continue. It must be relentless and urgent–until at long last there is no real market for rationalization. After all, there is no reason a walk through a neighborhood at night [that]… should create in any American that terrible and fatal sense of unreasonable fear.

Sometimes, some are guilty of this accusation. Some in this contingent are also legitimately racist. But is this group large enough to slander with broad strokes enough Americans for this accusation to be accurate by default?

Ultimately, I think the answer is found in French’s strategic but disingenuous use of the word “unreasonable.”

At this point in his journalistic career, David French may have reached the position where he may have a say in the titles of his columns published in traditional news and commentary outlets.

Regarding this article, for argument’s sake, let’s say he did. If so, the title and a significant portion of his thesis are deliberately misleading.

Here, French only mentions the cases where law enforcement officers acted imprudently (Philando Castile) or, in the case of Walter Scott, corruptly. But he deliberately ignores several other examples that grabbed national attention where black men, shot by police, posed risks to the officers involved, including:

Additionally, the Trayvon Martin case isn’t dismissed as another instance of an unreasonable threat. Let’s not forget why George Zimmerman followed Martin, to begin with, and why a neighborhood watch was necessary for the community where the deadly altercation occurred.

A fact largely ignored was that the gated community where Zimmerman lived had been robbed– at least eight times in the 14 months before the altercation. Several victims and witnesses described the thieves as young black men, and unfortunately, Martin fit that description. I’m not defending Zimmerman’s actions on that fateful evening. However, one should understand community residents’ frustration, insecurity, and desire to stop thieves from taking what is not theirs.

But more to the point. French intentionally ignores what gives life to the regrettable stereotype with which he finds fault: the sad and frustrating fact that 2-3 percent of the black population commits a disparate percentage of violent crime.

I’m not defending the vigilantism of the McMichaels, which led to the killing of Ahmaud Arbery, and I’m certainly not saying that Arbery deserved to die.

To acknowledge that truism is heterodoxy in our current cultural climate, where people prioritize subjective feelings and white guilt over data-driven facts. I’m simply noting what is evident to those who value intellectual honesty: that the criminal activity of a disproportionately small subset of black men negatively stigmatizes and stereotypes all black men–myself included– as dangers and public threats. This criminal stereotype, on many occasions (but not all), is a contributing factor in the deaths of black men, as are the guns used by cops (or wannabe proxies) to shoot them.

That this small, racial demographic subgroup reinforces criminal stereotypes is essential to why people conclude that black men menace society. I have a personal file of more than 200 stories that show the breathtaking variety of black criminality, and 99 percent have absolutely nothing to do with people holding an ‘unreasonable fear.’ Because of these stories, again, which stigmatize all blacks, mainstream America–– including other blacks–– possesses the functional and, in many cases, the life-preserving generalization that black men are threats to public safety.

Sadly, FBI statistics reinforce this categorization. In 2018, blacks accounted for 37 percent of reported violent crimes, 54 percent of robberies, 53 percent of reported murders, and 89 percent of crimes committed against other blacks. This past weekend alone, 39 people were shot, and ten others were killed in Chicago even though stay-at-home orders are still in place.

Additionally, when it comes to interracial crimes, blacks killed more whites (69 percent) than whites killed blacks (31 percent). One would never know this if one had to rely only on media reporting.

Jesse Jackson once lamented about walking and hearing footsteps behind him, only to be relieved that they weren’t black. He said,

“There is nothing more painful to me at this stage in my life than to walk down the street and hear footsteps and start thinking about robbery. Then look around and see someone white and feel relieved.”

He also expressed his observations about black criminality in ghetto areas saying,

“This killing is not based upon poverty; it is based upon greed and violence and guns.”

Considering that these examples, buttressed by painful statistics that unfairly and overwhelmingly tarnish black men, can we still call this feeling “unreasonable”?

French says that “hearts can change.” No question they can– and they have. Despite legislative victories resulting from the civil rights movement, it wasn’t until American hearts changed that our country was able to heal and move forward.

But I think French lays the contemporary burden of responsibility to change upon the shoulders of mainstream America, which means that white people bear the overwhelming obligation to fix this problem. There certainly are white people who lack moral self-awareness and need a spiritual self-assessment to change what compromises honest thoughts and behaviors.

But excluding blacks from contributing to this moral renovation is paternalistic and reinforces notions of black helplessness and inability. French won’t say what I’m about to speak for the evident reason (s). Many whites, and Asians, are afraid to say what I’ll say because of the swift “cancel culture” repercussions that accompany any recognition of black humanity (on equal terms with their counterparts), black obligation, and free will. So, I’ll say it. People who agree with me but choose the pragmatic path to self-preservation can thank me later.

If hearts change, we’re obligated to mention what blacks can and should do to diminish this “unreasonable fear”: immediately resume self-policing the destructive and counterproductive behavior in black communities. Self-policing of black communities includes vociferous and consistent condemnation of blacks who do their best to keep negative stereotypes alive.

We’ve got the power right now to stop killing each other . . . There is a code of silence, based upon fear. Our silence is a sanctuary for killers and drug dealers. There must be a market revolt. The victim has to rise up.

Blacks do have the power, but they refuse to use it.

Blacks in the post-civil rights era have stopped calling balls and strikes regarding self-destructive and self-debasing behavior. A lack of consistent morality and condemnation of lousy behavior is why we have so much of it. It’s no secret that evil conduct is normalized once you destigmatize terrible behavior. This behavior then became associated with black culture, being ‘authentically’ black, and so on. When blacks sit silently as the violent statistical minority abuse and destroy our reputations, then attempt to rationalize this humiliating behavior– it becomes legitimized, and blacks become associated with it.

So, if blacks continue to sit silently and withhold disapproval, they can’t complain when mainstream America reacts accordingly.

It bears repeating– none of this condones what the McMichaels did or that Arbery (and more recently, George Floyd) deserved death. It’s the more powerful, deliberately misleading narrative that concerns me.

Blacks could stop this almost overnight if they wanted to. But they don’t because some religions still require human sacrifice, and black identity politics is one such religion (cult, actually).

After what our black ancestors went through to gift us this freedom, it’s unquestionably unfortunate that we’ve allowed ourselves to shame our reputations and their sacrifices.

David French choosing the phrase ‘unreasonable fear’ in proximity to black men isn’t correct. A more accurate term would be an “unfortunate fear.”