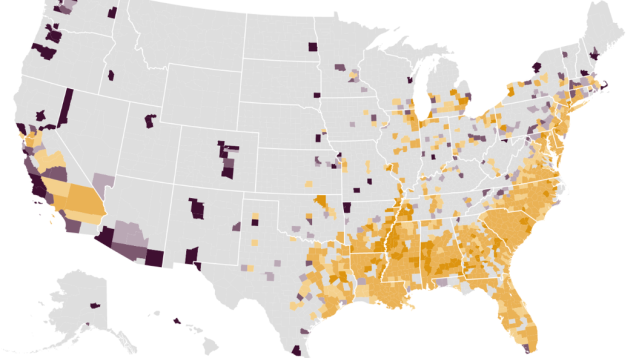 Last night during fairly boring Academy Awards ceremony, singer John Legend and hip-hop rapper Common performed their Oscar-nominated and Oscar-winning song “Glory,” from the movie “Selma.” Aside from a few lyrical references, the song is pretty good.  The performance itself was stirring, resulting in a standing ovation the performance received, accompanied with several people- Oprah, Chris Pine, Jessica Chastain, among others- visibly moved to tears.

But, the performance was overshadowed by the politically incoherent acceptance speech John Legend and Common gave- more so, John Legend- after winning their Oscar.

Legend started his politically-charged acceptance speech by saying, “We wrote this song for a film that was based on events 50 years ago. But we say that Selma is now, because the struggle for justice is right now.”

What ‘struggle’? ‘Justice’ meaning, what specifically?

“We know that the Voting Rights Act that they fought for 50 years ago is being compromised right now in this country,” Legend said, referencing the Supreme Court’s 2013 decision that essentially invalidated the centerpiece of the 1965 civil rights legislation.

Legend referenced the significant increase in black incarceration in recent decades, as well. According to a study by the Bureau of Justice Statistics, black men were six times as likely to be in prison than white men in 2010.

“We know that right now the struggle for freedom and justice is real,” he said. “We live in the most incarcerated country in the world. There are more black men under correctional control today than were under slavery in 1850.”

‘Selma is now?’ Where, exactly? And, what does that even mean? Where or what is the equivalent to “Bloody Sunday?” That venerated march was to bring national attention to the lack of voting rights for black citizens. There is absolutely no equivalent to that today. Aside from  having a twice-elected black man as president- according to the U.S. Census, in the 2012 presidential election, the black voting rate exceeded that of the white voting rate. Regardless of what Leftists say and would have you believe, no one is preventing blacks from going to the polls.

There’s no equivalence to Selma. None. To say so trivializes what the emotional and physical trauma blacks experienced in Selma.

Legend’s reference to the black incarceration rate- a favorite reference for Leftists- also lacks context and clarity. It’s a tremendously unfortunate reality that so many black men are locked away in prisons. It’s a stain on the black community and on the country at large. But we have to be honest about the problem, something Legend had no intention of doing.

According to the same statistics Legend cities, blacks commit a disproportionate amount of crime, which results in the inflated number of blacks in the penitentiary system. Blacks are seven times more likely than whites to be homicide offenders. Blacks are also responsible for 62 percent of all drug-related homicides compared to 37 percent committed by whites. Over 65 percent of all drug-related homicide offenders were black; whites comprised 33 percent.

Furthermore, blacks were enslaved (and segregated) through no fault of their own, which is why we consider slavery such a moral evil. Black incarceration on the other hand, is the consequence of law-breaking and criminality. The two are morally incomparable.

The idea of two black multi-millionaires misleading the country about racism while lecturing and guilting Hollywood liberals about the reality of black pathology was stupid and pointless. It would’ve been much more preferable and desirable- since Legend and Common felt compelled to lecture- to acknowledge how far blacks have come in such a short period of time. They could’ve used themselves as examples and highlighted what’s possible in our country when you try hard, make the right choices and take advantage of the opportunities given. The point- it’s good to thank previous generations for their sacrifices, but blacks should look to the future rather than dwelling on the sins of the past.

And by the way, I thought Jennifer Hudson’s Oscar performance was better- even though she didn’t get the applause or ovation her performance deserved