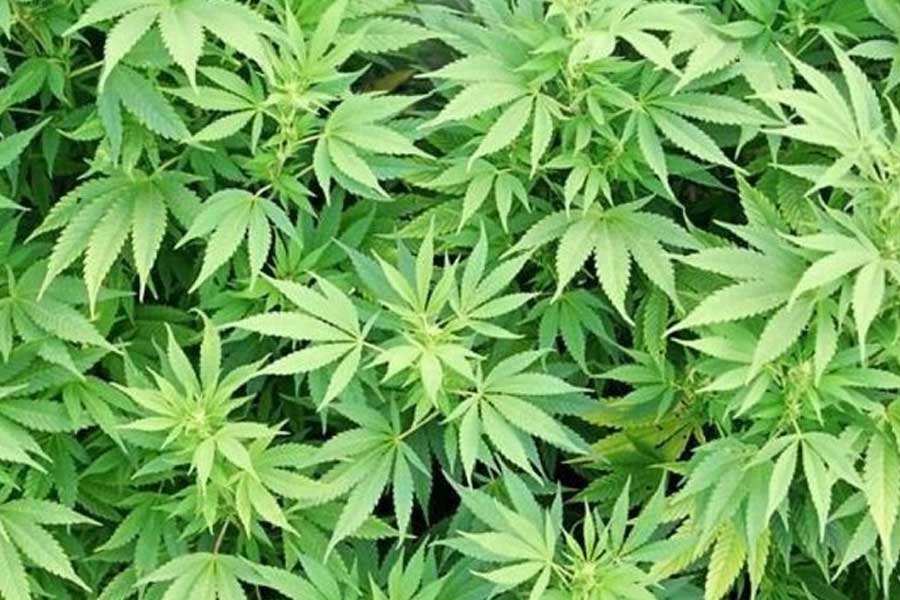 ‘Jesus Created Marijuana’: Should It Be Legal?

Progressive Christian blogger and missionary Benjamin Corey recently suggested that the recreational use of marijuana should be legalized. I read it several times because I thought it was satire. Unfortunately, it wasn’t.

Corey points to an increasing number of states legalizing or decriminalizing marijuana, speculating that it’s the result, in part, of “the nation growing in collective awareness that marijuana no longer need be feared,” and that, “the war on drugs has actually destroyed more lives than it aimed to help.”

This “collective awareness” of marijuana use isn’t really indicative of anything positively specific. “Collective awareness” could simply and only amount to the deliberate, systematic attempt to destigmatize its use and destructive social consequences. Which is why, in his words marijuana is no longer feared.

But people aren’t afraid of many things that aren’t good for them or society. The lack of fear isn’t enough to justify marijuana’s acceptance or full legalization.

Further, Corey argues that in addition to the nation’s growing social approval of marijuana, this particular form of drug use – and abuse – should be legalized because, “marijuana is something that was created by Jesus himself, that God declared to be good, and that God granted us permission to consume.”

The Jesus defense for marijuana legalization and use.

Speaking of Jesus in the first chapter of John, he writes: “Through him all things were made; without him nothing was made that has been made” (v3). The Apostle Paul affirms this truth in the first chapter of Colossians: “For in him all things were created: things in heaven and on earth, visible and invisible, whether thrones or powers or rulers or authorities; all things have been created through him and for him” (v16)….To deny this, one would have to deny that John 1:3 and Colossians 1:16 are true when they claim that nothing exists in nature that was not created by Jesus.

No one denies who created marijuana (and who uses that straw man argument against legalization anyway?). What is in question is fallen humanity using something created “good,” knowing the personal and social consequences of consuming it for purposes not so good.

Jesus also created what’s popularly known as the “forbidden fruit” – from the tree of the knowledge of good and evil, and Adam ate it. Again, everything God created through Jesus was “good.” I wonder what God’s response would’ve been if Adam – rather than blaming Eve – simply justified his disobedience by saying, “Well, Jesus created it, and it was good, so…”

Additionally, God through Jesus created a multiplicity of other things that were wholesome that can nevertheless be used for less than noble, even destructive purposes. God created sex, so should Christians argue in favor of legalizing prostitution or other sexual behaviors that undermine the intrinsic goodness of God’s creation and plan for healthy sexual activity?

This is the pre-Fall/post-Fall paradigm that Corey seemingly doesn’t take seriously. Post- Fall humanity is guilty of abusing its stewardship of the created order and it’s why the intrinsic “goodness” of something isn’t enough to argue in favor of its legalization.

Now, affirming this certainly isn’t free license to do whatever we want. We are called to reject gluttony (over-consumption). We are called to use wisdom. And in some cases, Paul says that just because we can do something doesn’t mean we actually should do it. There is a responsible middle-ground that exists between making something legal and regulated, and encouraging an irresponsible or gluttonous misuse or abuse of something.

However, this idea that marijuana is a dangerous drug that needs to be banned– this irrational fear of a plant God made– is totally unwarranted.

Using this reasoning, what is Corey’s counsel to Christians who currently use marijuana? Or who’re tempted to use marijuana? What about those who’ve become addicted to marijuana – that they probably shouldn’t have used it? Okay, when the “you can use it but probably shouldn’t” suggestion has been ignored, and the threshold of using or abusing marijuana has been breached, what does Corey recommend? Has he given thought to the reality that marijuana use prevents people from coming to Christ, or that it has potentially led people away from Christ?

What about the self-styled chemists and cultivators of marijuana that have successfully increased its potency? How does Corey address this reality?

Legalizing, destigmatizing or decriminalizing marijuana means you’ll increase the number of people using the drug. It will also increase the amount consumed – both individually and collectively. No matter how much one attempts to rationalize it – even religiously – using marijuana has counterproductive social and economic consequences and isn’t a victimless, leisurely activity.

After marijuana was legalized in Colorado, drug use in adults increased.

Homelessness increased also, as more drug tourists – otherwise known as marijuana migrants, or vagrants – trekked to Denver to panhandle and get high. In pursuit of consistent recreational highs, these vagabonds overwhelmed homeless shelters and have ended up on the streets as eyesores and public nuisances. Logically, this increased localized poverty because of the lack of jobs for perpetually high people, which lead to the inability to afford high housing/renting costs in the area, combined with being vulnerable to penalization from using weed and not having one’s own residence.

And it isn’t just in Colorado. Anyone who has walked the streets of San Francisco, California, knows full well the social consequences of de facto decriminalization of marijuana use – and none of it is good.

And yet, both of these cities are predominately white. What about areas that are disproportionately black? Does Corey suggest these areas, many of which already suffer from family collapse combined with moral and economic squalor, continue using a drug that leads to and reinforces anti-social, self-destructive and criminal behaviors? Ending the ‘war on drugs’ won’t mitigate these realities.

Further, what is Corey’s Christian counsel about long-term marijuana use? What’s his response to a study released by the World Health Organization regarding the devastating, long-term effects of smoking weed?

Not everyone can or will observe to the prohibitions against gluttony and warnings against abusing personal freedoms.

Jesus created weed and he saw that it was good, so it should be legalized, despite the personal and social consequences. Corey’s argument is breathtakingly illogical and profoundly foolish – and he is serious.

Self-identified progressive Christians continue to damage Christian integrity by bending theology in attempts to normalize and give moral legitimacy to social and “social justice” issues including the redefinition of marriage, social acceptance of homosexuality and transgenderism, Black Lives Matter and “racial justice,” and an open-border policy of immigration. Now it’s marijuana.

What happened to the moral commitment of progressive Christians to reject the kinds of activities that disparage and weaken the imago Dei? Whether he wants to admit as much or not, Corey’s recklessness is giving legitimacy to an activity that has a history of corrupting and destroying God’s image bearers.

Increasingly, it seems that progressive Christians are willing to religiously legitimize just about everything except the Bible and its corresponding morality.morality.