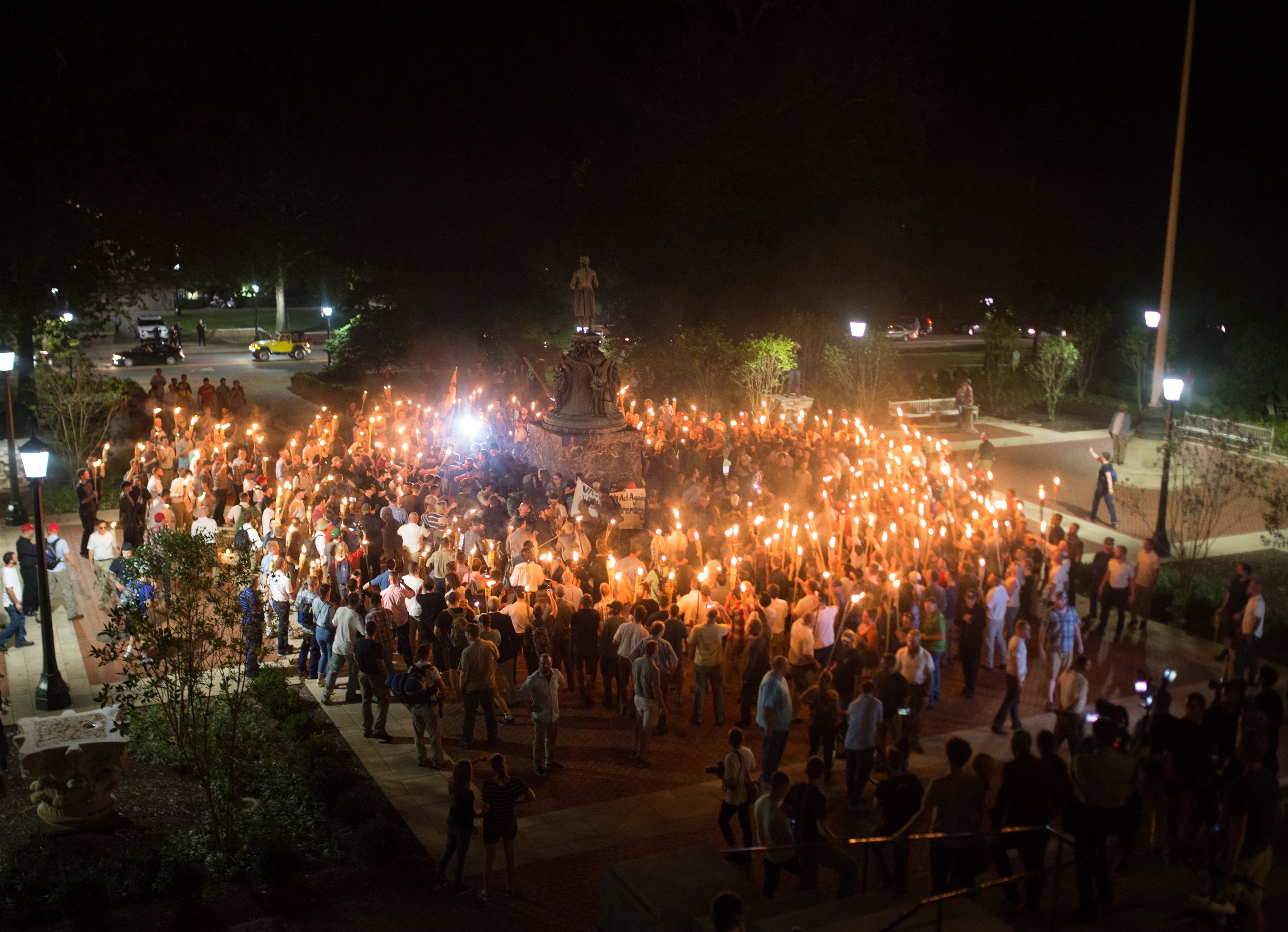 The responses to the white supremacy rally and the resulting violence in Charlottesville have metastasized out of proportion to what happened.

The media’s amplification and exploitation of last weekend’s events, the surrounding tensions- and virtue signaling reactions- have been irresponsible and destructive. The renewed push to erase history by removing Confederate memorabilia from public view is misguided, superficial symbolism based on politics that won’t have a meaningful effect on reducing white identity politics or racial discrimination.

What’s also been irresponsible are some of the responses and reactions by Christian onlookers.

Truth must be valued to achieve and maintain a credible, public Christian social and political witness. So must humility, temperance, consistency, brotherly kindness, and other qualities perfectly reflect what it means to be Christian and to uphold Christian character.

Sadly, much of that seems to be lacking from many Christian responses. Rather than responding in a manner morally reflective of the Sermon on the Mount, many of these reactions are merely self-serving sermons on soapboxes that serve and misplace blame or are steeped in racial moral grandstanding.

For example, several written reactions and responses from black Christians have been as foolish as they are discouraging.

These “Christian” reactions have amounted to scolding white Christians and pastors for contributing to white supremacy (and, by extension, the racists in Charlottesville) and demanding apologies for their contributions. After berating alleged Christian sympathizers of white supremacy, these black Christians suggest that their fellow white brothers and sisters in Christ sit down, shut up and obediently listen to embellished, politicized accounts of racial victimization cloaked in a Christian veneer. They then oblige white Christians to clean up the racial mess white Christians created with the possibility of earning a few racial penance points for challenging the guilt and sin of white supremacy.

It’s undoubtedly self-serving and beneficial for any black Christians supporting this coerced repentance program. But this doesn’t solve the extremes of Charlottesville (which isn’t related to Christianity) or soothe interracial (or interethnic) tensions and inequalities in the American Church.

And it’s certainly not Christian.

I’ve also seen white Christians engage in hyper-remorseful apologies, pressuring other white Christians, in effect, to hyperbolize their apologies and forcefully address the issue in a way they otherwise wouldn’t. In this mindset, not doing so augments the racial sin because silence somehow makes the silent complicit in the racialized evil of white supremacy. These responses amount to proactive shows of racial deference, and frankly, they come across as insincere attempts at remorse that are more reflective of racial humiliation than Christian humility.

I’m not discounting the authentic presence and evil of racism, particularly in the form of white supremacy. I’m also not suggesting that Christians, regardless of color, sit back and be apprehensive or refuse to address racial (ethnic) issues from a profoundly theological perspective. American Christianity hasn’t engaged this theological task seriously, repentantly, or consistently enough.

But I am saying the responses fall pretty short of what they could and should be, based on Christian metrics.

For example, in addition to condemning race hatred and evil, what we Christians should be calling for is the same Christian response that followed in the aftermath of the Emanuel A.M.E. Church shooting in Charleston, South Carolina, back in June 2015. Dylann Roof, a loner and a white supremacist sympathizer, felt racially marginalized and wanted to start a race war, so he murdered nine innocent people at Bible study.

During Roof’s bond hearing, family members and loved ones of those murdered by Roof had an opportunity to confront him. In such a situation, a multitude of emotions – shock, anger, and grief – are naturally understandable and expected from those mourning the loss of loved ones taken in such a horrific and evil manner. Though sad, shocked, and grieving, the victimized families, held little anger despite the evil that took their loved ones. Family members and members of the Charleston community came together with folk who traveled across the country to Charleston in love, prayer, and forgiveness.

One by one, those still mired in shock and grief offered Dylann Roof forgiveness and told him they were praying for his soul, even as they described their losses’ intense suffering and pain.

The sister of the Reverend DePayne Middleton-Doctor admitted, “I acknowledge that I am very angry. But one thing that DePayne always enjoined in our family . . . is she taught me that we are the family that love built. We have no room for hating, so we have to forgive. I pray God [has mercy] on your soul.”

Camryn and Chris Singleton, whose 45-year-old mother, Reverend Sharonda Coleman-Singleton, also died, somberly offered forgiveness. Chris said of Roof, “We already forgive him for what he’s done, and there’s nothing but love from our side of the family.” His sister Camryn added, “I just feel a lot of love. I’m a little bitter, but I’m overwhelmed with love.” Reverend Norvell Goff, the then-interim pastor of Emanuel A.M.E. Church, echoed the same things—love, prayer, and forgiveness.

There was no virtue signaling, racial condescension, or humiliating self-interested gestures masked as apologies. It was a response mired in pain but tempered by love and forgiveness that overcame white supremacy and hatred, and this response shocked the country.

This is the quality of response Christians should be calling for.