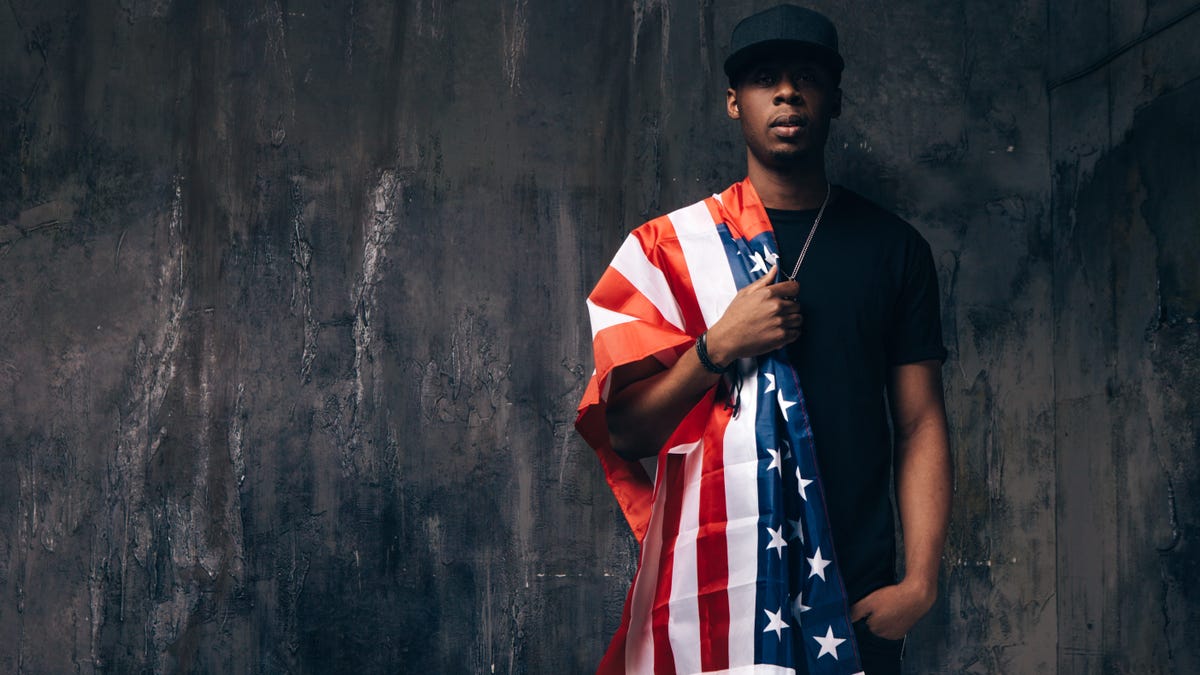 As printed in the Catholic periodical, First Things.

Racial identity has been a priority for black Americans since the end of the civil rights movement. According to a recent Pew Report, 74 percent of black adults regard being black as either extremely important (52 percent) or very important (22 percent) to their identity. By comparison, 15 percent of white adults see race as central to their identity. Pride in one’s racial or ethnic identity can be a good thing. But American black identity has come to be too narrowly defined by—and dependent on—consciousness of racial victimization.

As a black man, I can report that defining ourselves as racial victims serves no good purpose. It encourages a negative self-image and an unduly mistrustful account of American society. If blacks have not reached socioeconomic parity with whites, this fact is treated as proof of “systemic racism.” This ­diagnosis precludes a more nuanced assessment, which would consider marriage rates, family structures, educational aspirations, and other cultural factors. With their talk of systemic racism, black activists and white allies may imagine they are promoting justice and black uplift. In truth, they are exacerbating an identity crisis.

As a cultural group whose history is rooted in slavery, then in second-class citizenship under segregation, American blacks understandably feel racial insecurity. As the saying goes, once burned, twice shy. Nor is it surprising that black Americans sometimes feel a lack of national belonging. As a result, blacks have repeatedly attempted to reinvent or redefine black identity to elevate in-group self-esteem. Again, this is understandable. But the intergenerational effort to redefine who we are, always in pursuit of pride, so emphasizes the evil of racism that too many blacks are left with little or no conception of who we are apart from our history of oppression.

The importance placed on racial identity, its basis in racial victimization, and the psychological consequences of selfhood defined by victimization has given rise, I submit, to our identity crisis. This crisis is manifested in our politicized racial identity. Certain cultural traits, ideological preferences, and demands become obligatory; we are told that being black requires supporting a particular political party and voting as a bloc. Relentless focus on historical oppression and the cultivation of ­grievances creates a sense of entitlement, which prescribes waiting for others to remedy black problems. Our identity crisis is exacerbated by the insistence that people, groups, and institutions—or society in ­general—accord us a certain privilege, granting us dispensations as restitution for historical discrimination. Double standards are taken for granted: Because blacks suffered in the past, it is not only unfair but unreasonable to hold us to universal measures of character or the rigors of merit-based achievement. On this account, since blacks are still victimized by discrimination, anyone who judges us as equals is blaming the victim.

It is all too easy to imagine that this compassionate bigotry does blacks a favor. But lower standards not only diminish expectations and thus outcomes; they also cast suspicion on black achievement. When “everybody knows” that the bar is lower, doubt about the legitimacy of success will be widespread. It exists even among blacks, for whom self-doubt rooted in claims of oppression is compounded by the double-speak of affirmative action.

Self-doubt can harden into self-contempt, reinforced by race essentialism that justifies societal interventions on our behalf—doing for us what our “patrons” think we can’t do for ourselves. This paternalism encourages and reinforces black disempowerment and black disability. Manufactured merit and glib talk of “equity” are enemies of black development. They create perverse incentives for blacks to trade on our presumed racial weakness rather than on our native abilities. It’s no wonder an identity crisis exists. What affirmative stance can a black man or woman take in twenty-­first-century America?

Patriotism is the beginning of an answer to that question. In my experience, most Americans, some in difficult circumstances, take a heartwarming pride in our country. That pride gives them an identity—a firm place to stand amid the trials and tribulations of life.

Unfortunately, many blacks lack a strong sense of national identity, a sense of belonging in America, and of sharing in our accomplishments as Americans. Again, the legacy of racism makes this understandable. Yet our cultural elites have for too long persuaded too many blacks to decline full participation in American society. This elite, which profits from the race grievance industry, has convinced blacks that America remains stuck in the pre-civil rights era. They tell us that we are still persecuted by white supremacists bent on terrorizing black lives.

Rejecting this narrative and affirming our American heritage will require surrendering what many blacks hold dear: our hyper-­racialized identity as historically persecuted. We enjoy the ­advantages of life in America, but we hesitate to embrace the full integration that the civil rights movement began. By straddling the fence, we preserve our resentment, self-consciousness, and hostility. This part-American, perpetually oppressed attitude constrains our development and limits our autonomy. The endless emphasis on oppression prevents civic engagement with society at large. By requiring racial solidarity and ideological conformity, it compromises our ability to determine our own fates. It compels a collective mentality at the expense of the individual liberty that is our birthright as Americans. As Shelby Steele observes, it suppresses

individuals with the mark of race just as certainly as segregation did, by relentlessly telling them that their racial identity is the most important thing about them, that it opens to them an opportunism in society that is not available to them as individuals.

Preserving our cultural memories as descendants of slaves and celebrating the resilience and courage of black Americans as objects of past racial animus are not bad things. What’s unproductive is how we have chosen to define our identity. We’ve tried to increase our racial dignity at the expense of individuality, personal development, competition and achievement, and critical thinking, among other ­factors—all of which would give rise to a real and empowering sense of pride.

Until the civil rights victories of the 1960s, blacks identified as Negroes. Though more polite than terms such as “colored” or the n-word, “­Negro” came to connote the “passivity” of the nonviolent, integrationist ­ideals of the civil rights movement. It was therefore discarded in favor of “black”—a reclamation of a word whites had disparaged. For black power advocates, black was beautiful, full of pride and confidence, assertive rather than passive. Most importantly, being black now meant rejecting integration in favor of separatism. Although few went as far as the black nationalism of the Nation of Islam, a wedge was driven between being black and ­being American.

Cultural pride led blacks to identify as Afro-American. Eventually, this term, too, was dropped in favor of African-American, the hyphenated designation of one’s membership in two different locales and two different cultures. This evolved into African American (no hyphen)—a seemingly dignified proper identity, rather than a modified one. This term is now being splintered into the acronym ADOS: African descendent of slaves, denoting a nobility arising from oppression that is increasingly valued in today’s woke environment, where everyone competes to be the most put-upon. This splintering also branches out to the catchall term “people of color,” a throwback to “colored people,” the unpleasant appellation given to blacks during segregation. We’ve come full circle.

My parents were born and raised under segregation, so I know that America has not always been kind to us. I, too, have experienced discrimination. But I interpret those experiences as a part of America—a wicked part—that is dying. I find it more reasonable to think about the many good things the country has done, and attempted to do, to atone for its injustices. Otherwise, we cannot celebrate the resiliency that has enabled the religious, cultural, economic, and political success of blacks as Americans. It’s time to say, we have overcome.

We must reject the separatist attitudes that nourish estrangement; we must embrace our national identity. We have a responsibility to our country, to which we have already contributed a great deal. Let us live not as exiles but as citizens. Martin Luther King Jr. said in his last speech that he had “been to the mountaintop,” that he had “seen the Promised Land,” and that “we, as a people, [would] get to the promised land.” King had faith in America and her potential. For some blacks, affirming our national identity before our racial identity will be an act of faith. But as one pastor put it, “Faith isn’t just about learning how to get to the promised land. Faith is learning how to live in the promised land.”

America is not perfect, but she is good. Despite our country’s contradictions, blacks who live in America enjoy a higher quality of life than do blacks in any other place in the world. We must dispense with recounting the sins of the past; people are tired of hearing it. No amount of anger, shame, or emotional manipulation can change history. Most white people will never feel shame or remorse commensurate with the evils of the past—and rightly so, for they were not the ones who enslaved and discriminated. Since white Americans do not embrace their racial identity, they do not see why they should draw a direct line from the deeds of white people in Mississippi in 1860 or 1960 to their own lives. What happened, happened. Black affirmation of national identity shows that the tribulations of the past don’t define who we are, nor do they determine our future.

The embrace of our national identity works against the coercive racialism and divisiveness of Black Lives Matter and the deceptions of the 1619 Project. It frustrates the fractionalized limitations of identity politics. It diminishes the feelings of victimization, anger, and manipulation that fuel calls for reparations.

Pride in who we are as Americans can produce a life less consumed with racial paranoia, anger, bitterness, and self-doubt. By affirming our national identity above our racial identity, blacks will send a clear message that we see and believe ourselves to be equally American. As equals, blacks will demand to be treated and judged by the standards that apply to all Americans. We will establish our equality on the basis of our self-­determination—and achievement—rather than on the fabricated parity granted us by the benevolent chauvinism of our purported patrons. Courage, ­determination, and national pride should be the foundations upon which we establish who we are: ­Americans.