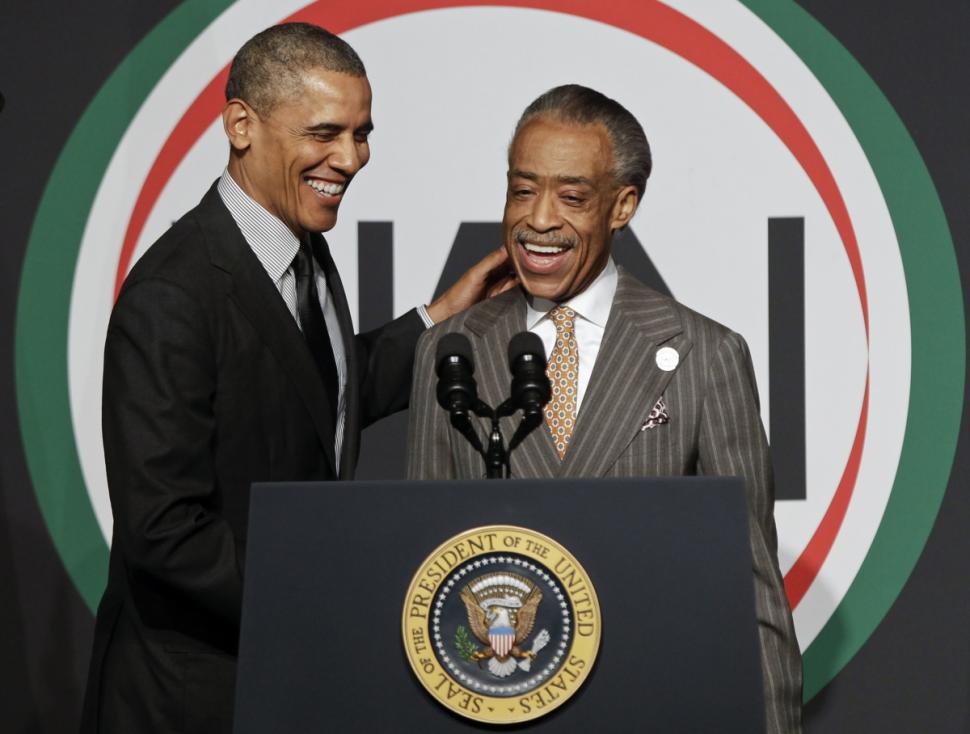 It’s no secret that race hustler Al Sharpton’s visibility has increased during the Obama administration. Thanks to being in close proximity to the president, Sharpton’s visibility- and his transition from a notorious New York City rabble rouser to mainstream political prominence- has been extremely lucrative for him and his not-for-profit organization, the National Action Network.

But according to the New York Times, Al Sharpton’s influence and his tax debt continue to soar.

““I’ve been able to reach from the streets to the suites,” [Sharpton] said that night.

Indeed, Mr. Sharpton’s influence and visibility have reached new heights this year, fueled by his close relationships with the mayor and the president.

Obscured in his ascent, however, has been his troubling financial past, which continues to shadow his present.

Mr. Sharpton has regularly sidestepped the sorts of obligations most people see as inevitable, like taxes, rent and other bills. Records reviewed by The New York Times show more than $4.5 million in current state and federal tax liens against him and his for-profit businesses.

And though he said in recent interviews that he was paying both down, his balance with the state, at least, has actually grown in recent years. His National Action Network appears to have been sustained for years by not paying federal payroll taxes on its employees.

With the tax liability outstanding, Mr. Sharpton traveled first class and collected a sizable salary, the kind of practice by nonprofit groups that the United States Treasury’s inspector general for tax administration recently characterized as “abusive,” or “potentially criminal” if the failure to turn over or collect taxes is willful.

Mr. Sharpton and the National Action Network have repeatedly failed to pay travel agencies, hotels and landlords. He has leaned on the generosity of friends and sometimes even the organization, intermingling its finances with his own to cover his daughters’ private school tuition.”

Over four million in back taxes?

Also from the Times-

“Mr. Sharpton’s newly found insider status represents a potential financial boon for him, furnishing him with new credibility and a surge in donations. His politician-heavy birthday party, at one of New York City’s most expensive restaurants, was billed as a fund-raiser to help his organization. Mr. Obama also spoke at the organization’s convention in April, its primary fund-raising event.”

That Al Sharpton has been able to make the kind of money to owe more than $4.5 million in taxes shows exactly how profitable racial division and manipulation has been to one of the most visible members of the Racial and Black Grievance industries. That President Obama and Eric Holder have both supported Sharpton- giving his racially inflammatory tactics credibility indicts their characters and seemingly identifies both as members of the grievance industries as well.

It’s really no surprise that scam artists like Al Sharpton and his ilk continually find racism where it doesn’t exist. Racism- or more specifically, charges of racism- pays well.