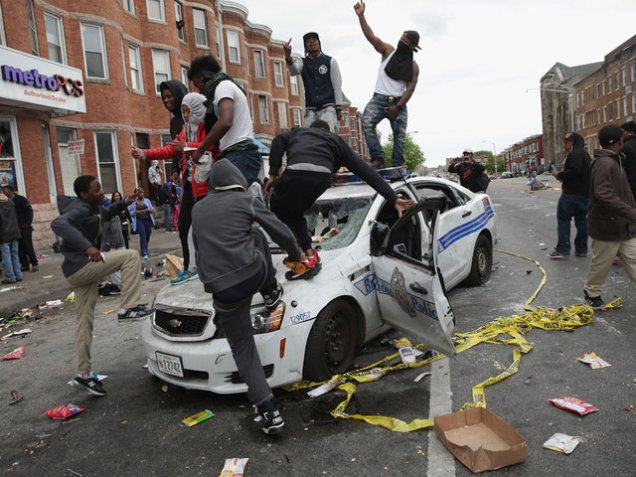 “Missing” Black Men Aren’t Lost- We Know Where They Are

A recent article in the New York Times attempted to bring attention to- and speculate as to why- the so-called disappearance of young black men.  Here are a few excerpts from the piece-

“[Black men] are missing, largely because of early deaths or because they are behind bars. Remarkably, black women who are 25 to 54 and not in jail outnumber black men in that category by 1.5 million, according to an Upshot analysis. For every 100 black women in this age group living outside of jail, there are only 83 black men. Among whites, the equivalent number is 99, nearly parity.

African-American men have long been more likely to be locked up and more likely to die young, but the scale of the combined toll is nonetheless jarring. It is a measure of the deep disparities that continue to afflict black men — disparities being debated after a recent spate of killings by the police — and the gender gap is itself a further cause of social ills, leaving many communities without enough men to be fathers and husbands.

Perhaps the starkest description of the situation is this: More than one out of every six black men who today should be between 25 and 54 years old have disappeared from daily life.

…Incarceration and early deaths are the overwhelming drivers of the gap. Of the 1.5 million missing black men from 25 to 54 — which demographers call the prime-age years — higher imprisonment rates account for almost 600,000. Almost 1 in 12 black men in this age group are behind bars, compared with 1 in 60 nonblack men in the age group, 1 in 200 black women and 1 in 500 nonblack women.

Higher mortality is the other main cause. About 900,000 fewer prime-age black men than women live in the United States, according to the census. It’s impossible to know precisely how much of the difference is the result of mortality, but it appears to account for a big part. Homicide, the leading cause of death for young African-American men, plays a large role, and they also die from heart disease, respiratory disease and accidents more often than other demographic groups, including black women.

…The disappearance of these men has far-reaching implications. Their absence disrupts family formation, leading both to lower marriage rates and higher rates of childbirth outside marriage, as research by Kerwin Charles, an economist at the University of Chicago, with Ming-Ching Luoh, has shown.

The black women left behind find that potential partners of the same race are scarce, while men, who face an abundant supply of potential mates, don’t need to compete as hard to find one. As a result, Mr. Charles said, “men seem less likely to commit to romantic relationships, or to work hard to maintain them.”

Black men aren’t “missing” nor is it a “phenomenon.” Forget- actually, ignore- what the authors said about police shootings- police aren’t shooting enough black criminals to statistically contribute to the disparities between black men and women, or the numbers of ‘missing’ black men. What is ‘jarring’ is the fact that the self-destructive and destabilizing behaviors- which have been destigmatized due to low expectations and the stupidity that saturates bad ideas like racial and social “justice”- directly contribute to the criminality that leads to imprisonment and early death- particularly as it relates to black-on-black homicide. PERIOD.

And because of that- aided and abetted by the lack of moral self-policing of blacks by other blacks, everything else is destroyed in the process. Family formation and maintenance that provides the proper environment to raise and teach children- an environment where young black men are taught not to be the stereotypes (drugs, crime, hyper-sexuality and their glorification) that continue to undermine black credibility; where young black women are taught to regain and or retain the respectability of not having scores of illegitimi and how to choose a proper husband. It also leads to an expanded welfare state and intergenerational poverty that socially and economically reinforces these problems.

If we- and by we, I principally mean blacks as regardless what is thought and our actions sometimes reinforce, we’re autonomous beings with free will- want to normalize these numbers and “find” black men- we have to stop glorifying the values of death and destruction and embrace values that prioritize and glorify life and prosperity. Again, if black lives don’t matter to blacks, they sure as hell aren’t going to matter to non-blacks.

Lastly- black women who limit their options to just black men as boyfriends, spouses and eventual fathers are instrumental in their ongoing loneliness and have no one to blame but themselves. There’s an abundant pool of available men to choose as a spouse and a father when the racial limitations are lifted. I say this with all sincerity- black women, love isn’t confined to color, even if you are…